Since Apple won’t release the first-weekend sales figures for the iPhone 7 and 7 Plus, because it doesn’t count as a representative metric anymore (according to the company), we have to rely on market research firms. Among the first to release figures that could give us an idea of how the iPhone 7 performed in the first 72 hours of availability was Localytics. 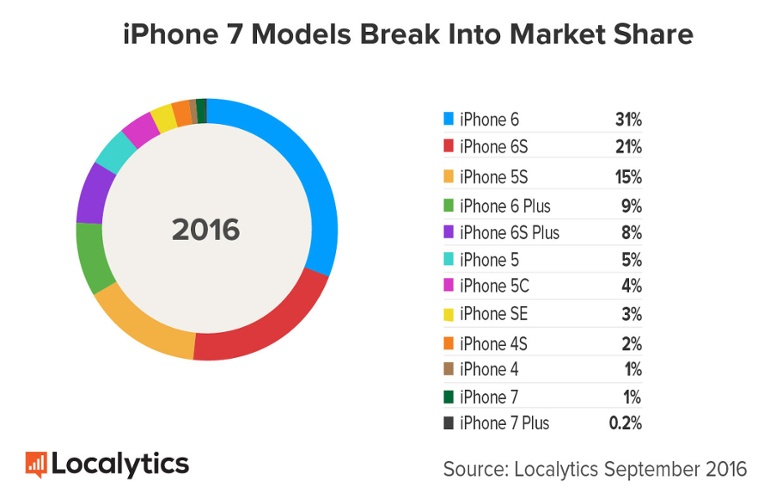 After examining 70 million iOS devices for this study, Localytics concluded that the iPhone 7 is off to a nice start, with an adoption pattern that reflects last year’s. The first-weekend adoption of the latest handset matches that of the iPhone 6s (1%), while the iPhone 7 Plus was similar to its year-old sibling: 0.2% versus 0.3%.

According the Localytics, the devices haven’t been able to match the success of the iPhone 6 from two years ago, when the first-weekend adoption rate was 2% for the 4.7-inch model. The Plus model appears to have shown a similar adoption rate ever since it became available. 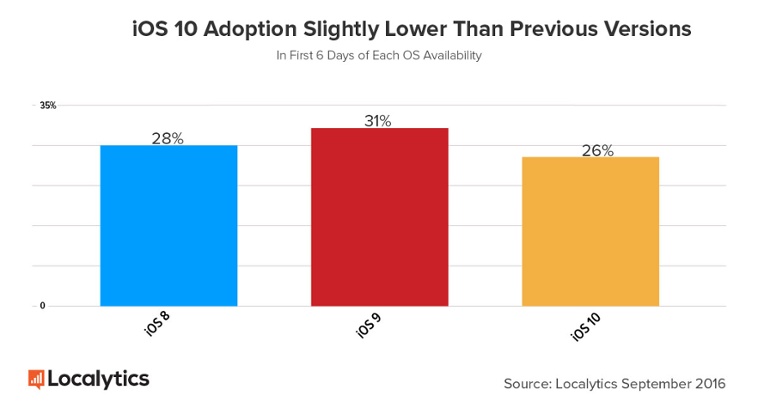 After looking at the iOS 10 adoption rate, Localytics concluded that this year customers are jumping on the latest software a bit more slowly than last year and the year before. iOS 10 adoption is behind the previous OS version, despite positive reviews, at 26% against 31%, and iOS 8 was at 28% after the first weekend sales, according to Localytics.