According to a Business Insider report, a number of iPhone 7 users are complaining of poor battery life, with some saying it’s even worse than the iPhone 6s. Furthermore, leading publications such as The Guardian, Geek.com and Which? are all saying that Apple’s latest flagship phone has the worst battery life compared to the competition, which includes HTC 10, Samsung Galaxy S7 and LG G5. 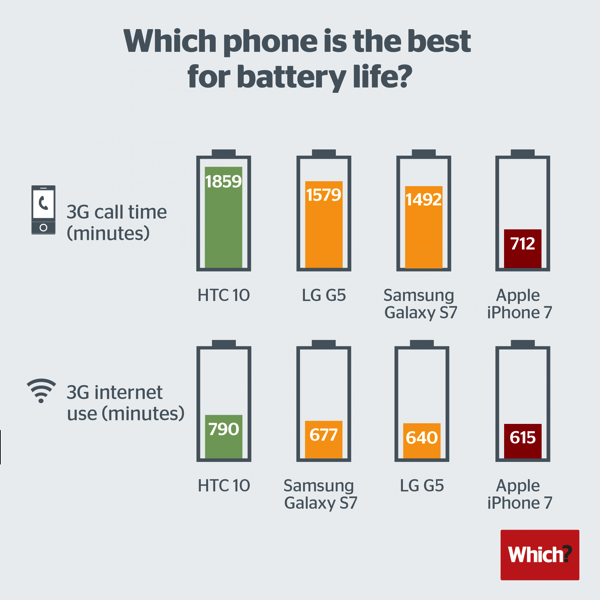 The iPhone 7 has a 1,960 mAh battery, while the iPhone 6s had a 1,810 mAh battery. It’s not a huge leap, but it is indeed bigger. A larger battery doesn’t necessarily mean longer life. How efficiently the phone’s hardware and software use power is also a factor. But generally, the bigger the battery the more life you can pack into it.

Bank of America Merrill Lynch conducted a survey of US consumers and found that longer battery life was a reason cited by 65% of consumers for upgrading to the iPhone 7.

It's confirmed that Rihanna will headline next year's Super Bowl LVLL Halftime show. 2023's mega-sporting event will be the first to see Apple Music take over as the official sponsor of the halftime show as Pepsi exits its deal. The news was confirmed via social media where Apple Music, Rihanna, and the NFL all confirmed...
Steve Vegvari
47 mins ago