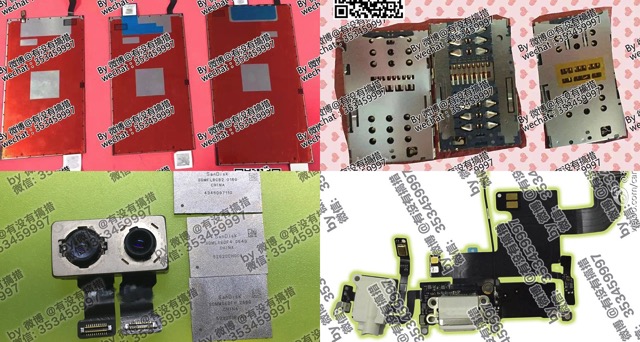 “The shop owner also told us that there will be some changes to the antenna design, though he clarified that this won’t get rid of those antenna bands on the back of the phone; maybe it’s more to do with the rumored switch to Intel’s modem for the GSM models”.

In addition to the above, other parts shown off by the Chinese repair shop’s leaked images include some screen panels in the usual two sizes i.e. 4.7-inch and a 5.5-inch, some SanDisk memory chips of up to 256GB, and a dual-lens camera for the larger model.

An industry insider has also recently claimed that Samsung, Oppo, Vivo and Xiaomi are also exploring dual-lens cameras for their upcoming flagship smartphones.