A series of real world speed tests carried out by the folks over at EverythingApplePro in a new YouTube video shows that Apple’s 6-month old iPhone 7 Plus beats the newly released Samsung Galaxy S8 by a wide margin. The test involves the two handsets being kept side by side with a list of applications such as Snapchat, Netflix, and a variety of video games, being opened on each simultaneously. 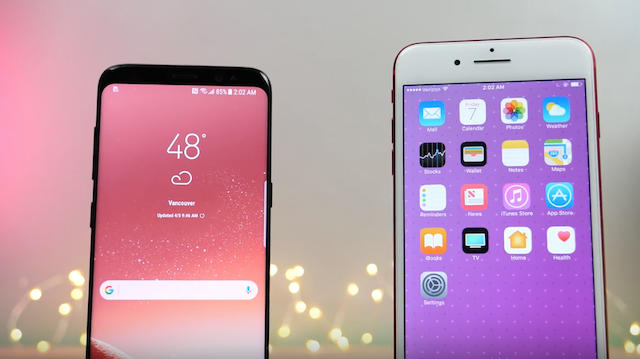 In the beginning, Samsung’s flagship S8 is somewhat able to keep up, but it soon begins to lose by a significant margin once the test reaches the game loading part. Interestingly, the iPhone 7 Plus is able to render a 4-minute 4K video in half the time of the Galaxy S8. Even the boot time is much faster on the iPhone 7 Plus.

Check out the following video and share your thoughts in the comments section:

Back in October, Apple confirmed its head of hardware design, Evans Hankey, was departing from the company after just three years of replacing the famed design chief Jony Ive. Now, Bloomberg’s Mark Gurman reports Apple won’t be replacing the coveted design chief role, but instead having its entire team report to the company’s chief operating […]
Gary Ng
45 mins ago