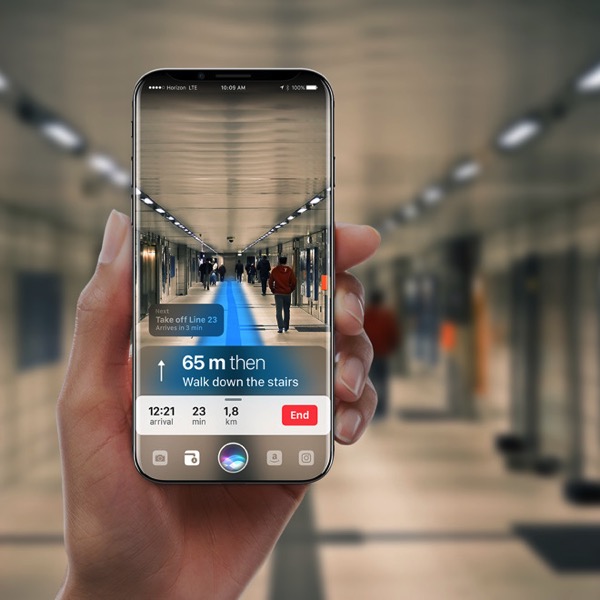 A new ‘iPhone 8’ concept by Hungarian designer Gabor Balogh has envisioned Apple’s next generation smartphone that makes use of Augmented Reality (AR) to let Siri and widgets connect with the outside world (via Apple Insider). The concept, which refers to the device as “iPhone X” or “iPhone Edition”, imagines the device displaying a translucent version of what’s behind it whenever it’s raised, using the rear camera. 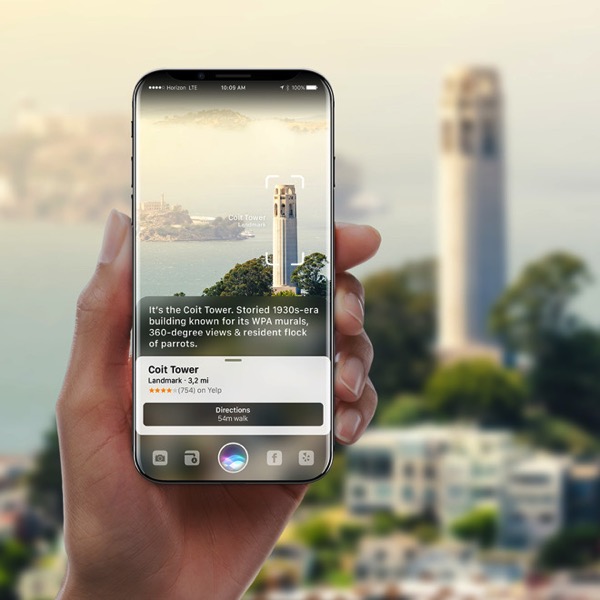 Holding down the virtual Home button on the device makes the rear view clear, allowing users to issue Siri commands based on what they see. In one example, Siri can identify landmarks and present details (see above). Contextual widgets also appear next to the Home/Siri button, offering options like the camera or Facebook.

Tapping on a Maps icon, though, might start navigation, whether by foot or public transit. Balogh even suggests being able to point a phone at a family member and see their Health data shared via iCloud, though the security implications of such a feature make it a highly unlikely possibility. 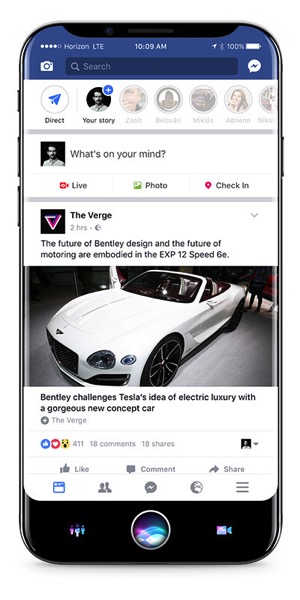 Like most other concepts, this design is also based on some of the most common rumors surrounding the ‘iPhone 8’, such as an edge-to-edge OLED display, that will replace a physical Home button with a virtual one, or possibly a “Function Area”.