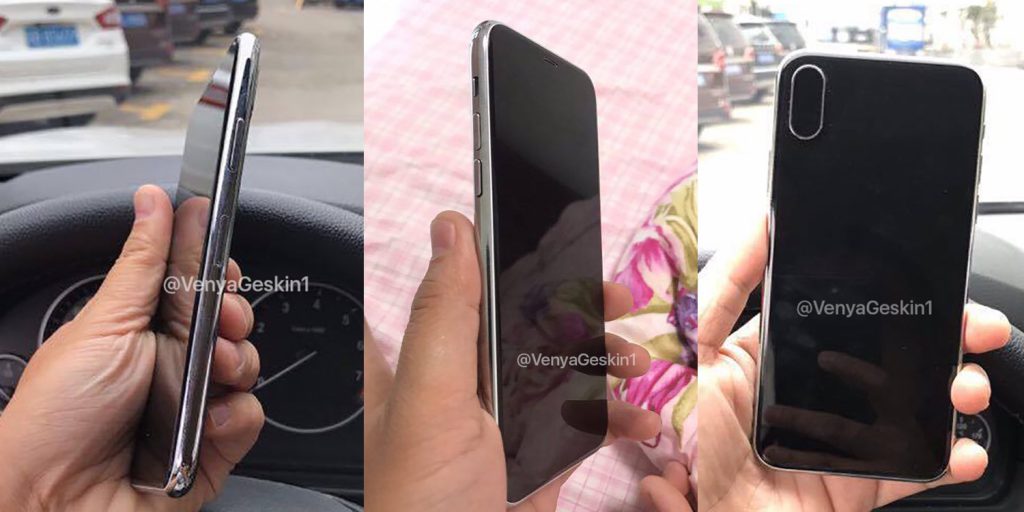 Images showing an iPhone 8 dummy unit were published today by Benjamin Geskin on Twitter. The photos show an iPhone made of glass and stainless steel, which has an edge-to-edge display with no apparent bezel.

Notably missing from the unit is a Touch ID sensor and the Apple logo at the back. The images show off the rumoured vertically mounted dual-camera system on the rear of the device.

In recent weeks it seems like the number of proposed candidates for Apple’s next flagship device has narrowed to two, with the main difference being how they handle Touch ID. One side of the rumour mill believes that Apple will offer a virtual Touch ID button beneath the display. However, the other side predicts that Apple will include a physical Touch ID button on the back of the device.

It appears that the only reason the second candidate even exists is that Apple may be having problems manufacturing the integrated Touch ID button.