Apple’s upcoming ‘iPhone 8’ could charge faster than before, if the latest research note from Barclays analyst Blayne Curtis proves true. According to his research note obtained by MacRumors, he believes Apple will bundle a 10W USB-C wall charger with the tenth anniversary iPhone:

We believe that in the iPhone 8, Apple likely includes Cypress Semiconductor’s USB-C Power Delivery chip in the phone and an additional chip within the power brick in box (likely a new 10W, which would use a more integrated solution with Cypress Power Delivery). 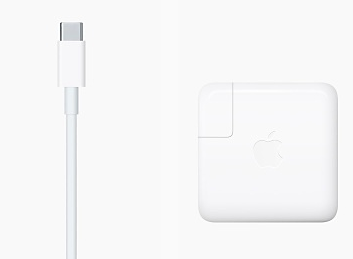 The integrated USB-C Power Delivery chip built into the next iPhone and the 10W power adapter are said to be supplied by California-based Cypress Semiconductor, apparently the same CYPD2104 module currently used in Apple’s latest 10.5-inch iPad Pro.

If iPhone 8 does include a USB-C Lightning cable, it means users will be able to charge their new smartphones on Apple’s latest MacBook Pro models, without the need for #donglelife out of the box.

What do you think? Are you ready for a faster charging iPhone?