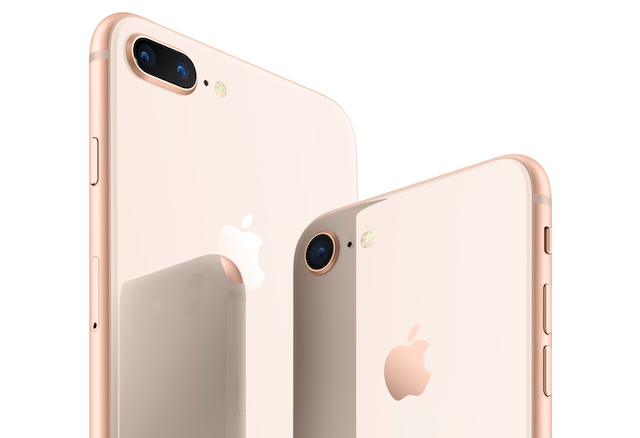 Earlier this year, Qualcomm sued Apple in a regional court in Munich, seeking an injunction to halt some iPhone sales in Germany as well as monetary damages. Today’s ruling bans Apple from selling select iPhone models in Germany that use chips from Intel and some parts from Qorvo.

Although Apple has said it will appeal the ruling due to which today’s ruling would not go into immediate effect, the Cupertino company has announced that it will not be selling iPhone 7 and iPhone 8 models in its 15 retail stores in Germany throughout the appeal process. iPhone XS, iPhone XS Max, and iPhone XR will, however, continue to be sold in those stores.

Apple said in a statement, “Qualcomm’s campaign is a desperate attempt to distract from the real issues between our companies. Their tactics, in the courts and in their everyday business, are harming innovation and harming consumers. Qualcomm insists on charging exorbitant fees based on work they didn’t do and they are being investigated by governments all around the world for their behavior. We are of course disappointed by this verdict and we plan to appeal.”

Apple has also stated that all iPhone models will still be sold through carriers and other third-party retailers in the country.

Another new support video has been shared by Apple on its YouTube channel, and this one detail how you can customize Focus settings on your iPhone and choose when you want to receive alerts and notifications. While you’re setting up a Focus, you can select people and apps you want to receive notifications from by either...
Usman Qureshi
2 hours ago

Apple has shared another informative video on its YouTube support channel, and this one explains how you can use two cellular lines on a single iPhone with Dual SIM support using an eSIM or a digital SIM. For those who don’t know, an eSIM is a digital SIM that allows you to activate a cellular...
Usman Qureshi
3 hours ago

Google on Thursday shared a teaser video for its first smartwatch, dubbed the Pixel Watch, ahead of its expected announcement at a launch event confirmed for October 6. Check out Google's full Pixel Watch teaser below: https://www.youtube.com/watch?v=_p7v1PTABSU The teaser introduces us to the design of Google's oft-rumoured smartwatch against the backdrop of some thumpy music,...
Nehal Malik
3 hours ago