For all those Apple iPhone news addicts out there, you probably already know what I’m going to tell you. For the rest of us, I have some updated news about the iPhone’s SDK. It’s reported that the iPhone iPhone Software Developement Kit (SDK) is coming March 6th.

Just what does this mean exactly? Well, it’s going to result in a plethora of iPhone/iPod Touch applications written by thousands of programmers out there, which will mean lots of cool applications for us iPhone users!

Whoa, hold on there folks, there’s more. According to MacRumors, they have sources that predict the upcoming SDK will onlly be a “beta” version, and that the final version will come from Apple’s Worldwide Developer’s Conference (WWDC). Either way, it will be exciting once the SDK arrives, as you can be sure to expect some really cool apps coming our way!

What kind of application would you like to see created for the iPhone? 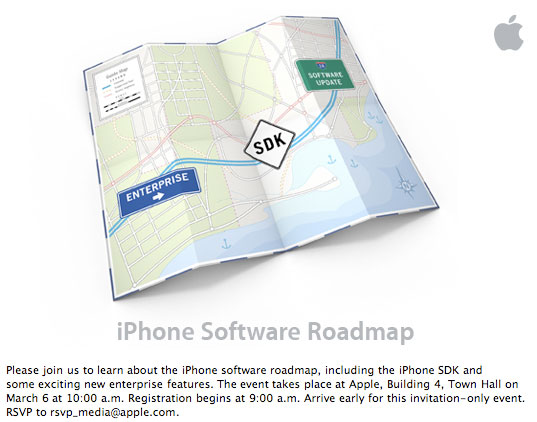 PS – Keep those homescreen screenshots coming! I just got some more in my email inbox, so expect another post in the future. Thanks everybody!

Two days after declaring ‘war’ on Apple, Tesla CEO and ‘Chief Twit’ of Twitter, Elon Musk has met with the iPhone maker’s CEO. In a video shared on Wednesday afternoon, Musk said “Thanks @tim_cook for taking me around Apple’s beautiful HQ,” referring to Apple Park in Cupertino. Musk didn’t elaborate on his meeting with Cook. […]
Gary Ng
33 mins ago