Apple topped customer satisfaction at all four major carriers, according to a J.D. Power study published today (via the Loop). Based on four key metrics, performance, design, features, and ease of operation, the iPhone ranks as the best smartphone, but it is worth noting that Samsung is very close behind.

Among other interesting highlights of the 2014 U.S. Wireless Smartphone Satisfaction Study, J.D. Power emphasizes the importance of the handset’s price, which has become an increasingly important driver in the device selection process.

However, it is worth mentioning here the most important features that surveyed smartphone users expect from their next handset: 36% of the owners want seamless voice control; 35% wish for built-in sensors that can gauge temperature, lighting, noise, and moods to customize settings to the environment; and 28% are after biometric security and facial recognition.

The study fielded between September 2013 and February 2014 is based on experiences evaluated by more than 13,000 smartphone customers who have owned their current smartphone for less than one year and are customers of the top four US carriers. 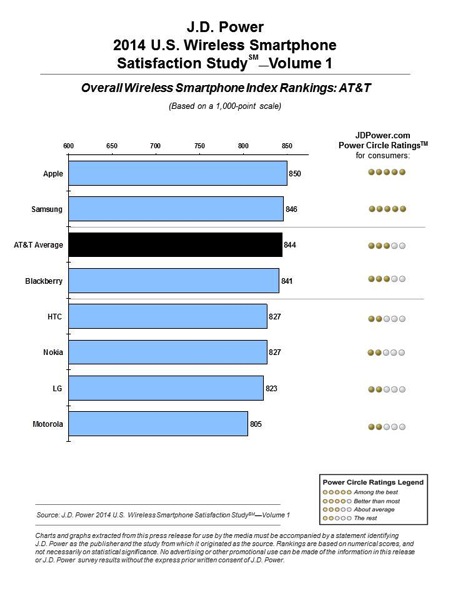 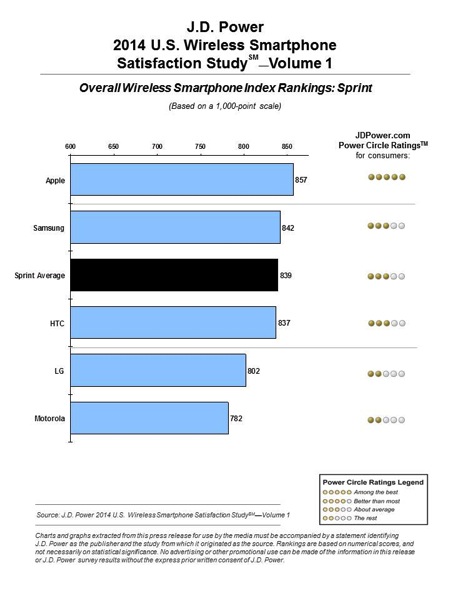 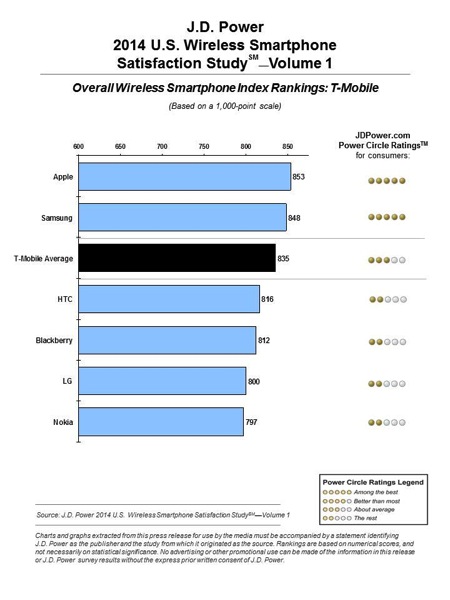 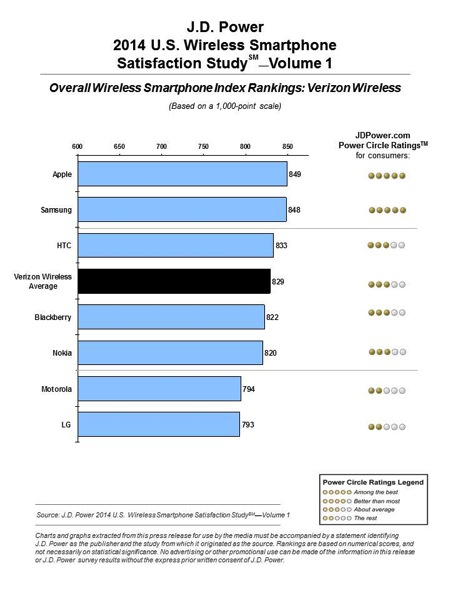