According to China’s Ministry of Industry and Information Technology Telecommunication Equipment Certification Center (TENAA), iPhone X has a 2716mAh battery, plus 3GB of RAM inside. The details were shared by tweets from @OnLeaks: 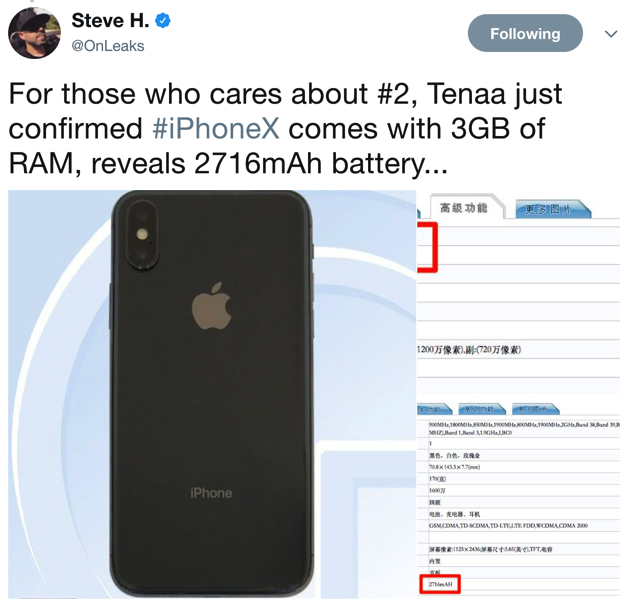 As you can see from the screenshots below, battery capacity and RAM are circled in red. Interestingly enough, the screenshot below shows a colour option of Rose Gold (via Google Translate), suggesting Apple had planned to debut a third iPhone X colour, or a third option may be available for Chinese users: 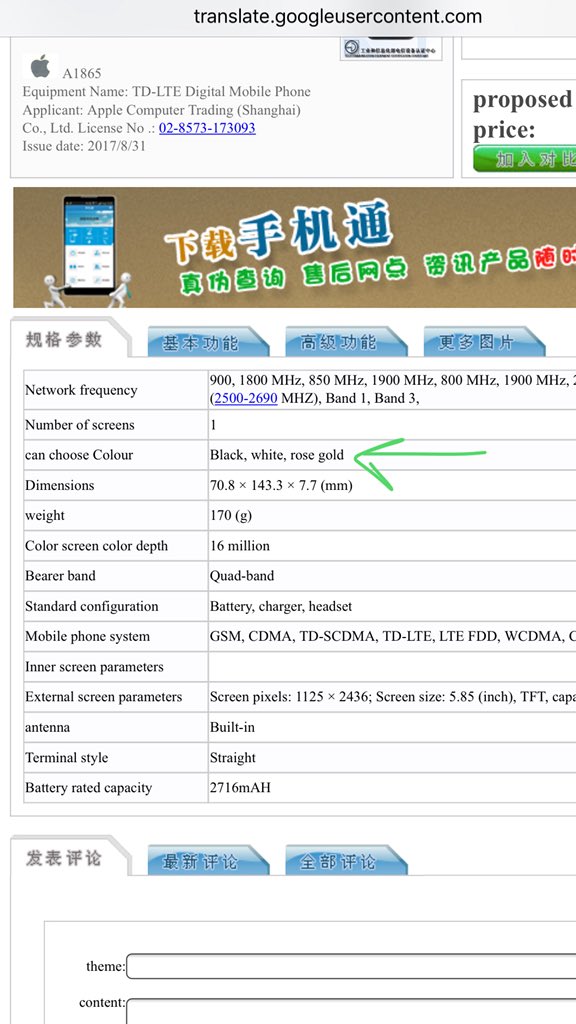 Below we see the A11 Bionic chip clocked at 2.4GHz and the listing of 3GB of RAM.

[caption id="attachment_389490" align="aligncenter" width="1400"] Image: Marcus Kane[/caption] As we count down the months to the launch of Apple's long-rumoured mixed-reality headset and, with it, an entirely new product category for the tech giant, we're starting to see more leaks and concept designs pop up. The latest concept renders of Apple's "Reality Pro" AR/VR headset imagine...
Nehal Malik
40 mins ago