iPhone X ‘Reserve and Pick Up’ Time in Canada Changes to 6AM on Nov. 4

Last week we told you about Apple’s Reserve and Pick Up was ready to launch on Saturday, November 4 at 8AM local time. The service allows customers to reserve a device such as the iPhone X and pick it up at an Apple Store of their choosing, saving time.

But there’s now a change you need to be made aware of. Instead of starting at 8AM local time, Apple has quietly modified the time to 6AM local time, as seen on their website: 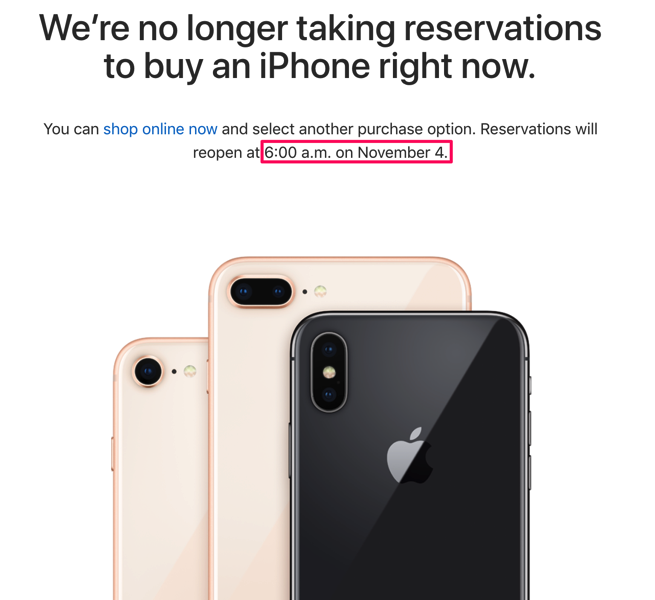 Compare this to the screenshot we took last week, which noted 8AM: 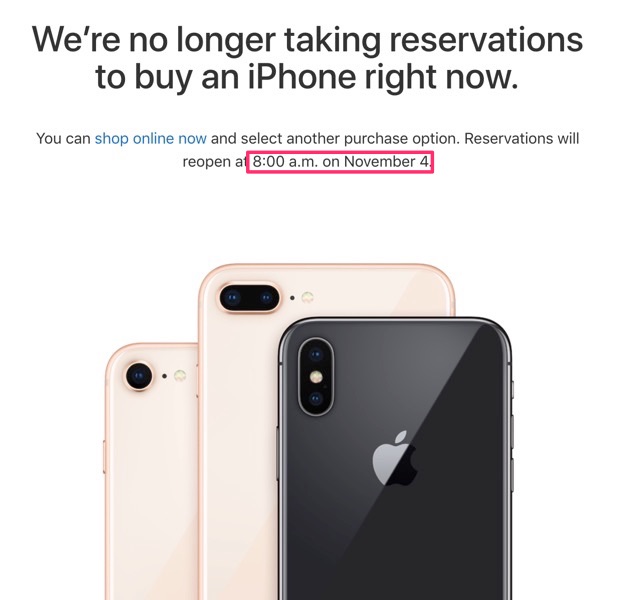 Customers who opt for Reserve and Pick can either purchase their device outright when they arrive, or have the phone setup on a contract with a wireless carrier.

Why the time change? It could be a sign more iPhone X stock is available and the two extra hours could provide Apple retail staff more time to prepare orders for pick up. Or, it’s Apple’s way of making those on Pacific Standard Time set their alarm clocks for once.

Nevertheless, if you don’t want to wait in line at an Apple Store or if you missed last week’s pre-order, Reserve and Pick Up is your best bet to nab an iPhone X.

After four years, Nintendo is bringing back its game voucher promotion. In Canada, Nintendo Switch Online members can purchase a pair of vouchers and redeem each one for a digital game in order to save a bit of money on each game. A pair of Nintendo Switch game vouchers in Canada is available for $132.99....
Steve Vegvari
34 mins ago