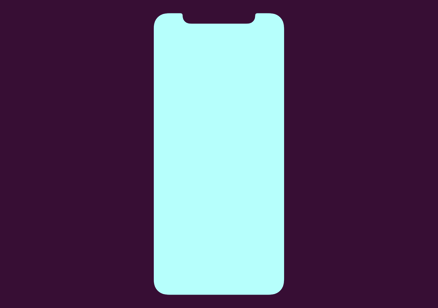 In an interesting article titled “No Cutting Corners on the iPhone X” over at Medium, interaction designer Brad Ellis has shared the details of the “cool corner treatment” Apple has given to the rounded screen corners of its flagship smartphone. He highlights how iPhone X rounded screen corners don’t use the classic rounding method where you move in a straight line and then arc using a single quadrant of a circle.

“Instead, the math is a bit more complicated. Commonly called a squircle, the slope starts sooner, but is more gentle. The difference is real subtle, even in gif-form (shown below).

Apple has been doing this to the corners of laptops and iMacs for years, but this type of rounding didn’t penetrate iOS until version 7. This shape has classically been difficult to achieve, because it wasn’t available in 2D design editors, though that’s starting to change.”

Ellis points out that the left and right sides of the notch have two rounded corners. Because of the curve falloff, one curve doesn’t complete before the next one starts?. Instead, ?they blend seamlessly into each other. As a result, no tangent line on this edge actually hits a perfect vertical.

Without a doubt, such subtle design details from Apple truly make the iPhone X a marvelous feat of industrial design and engineering, don’t you think?