Apple Shares ‘Welcome to iPhone X’ Tips Ahead of Launch

Apple has a ‘Welcome to iPhone X’ tips page, where it shares top tips for you to “Get to know your phone.” 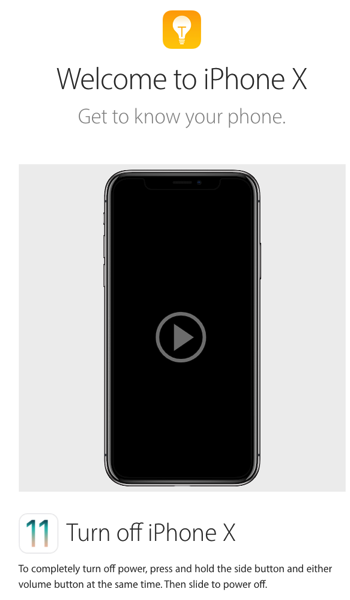 There are eight tips listed and each one comes with a short video to illustrate actions. Here are the eight tips shared so far:

These are some helpful tips that will make your iPhone X experience much easier.