If you missed out on initial iPhone XR pre-orders, your next bet to grab the phone is either in person at Apple Stores tomorrow, or you can to place a Reserve and Pick Up order. 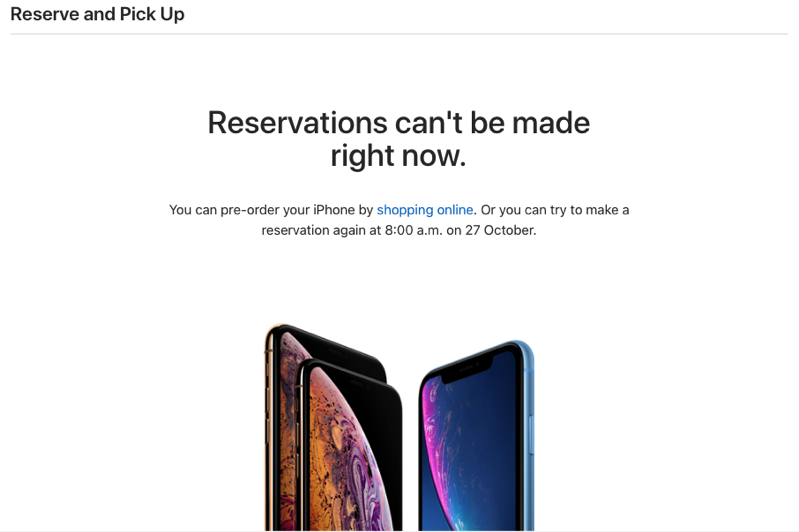 Apple Canada’s website states Reserve and Pick Up for iPhone XR is set for October 27 at 8AM local time. Apple says “iPhone XR with a Bell, Fido, Telus or Rogers plan is available at an Apple Store near you. Reserve now.”

Customers can then choose their device configuration and then pick up orders at their nearest Apple Store, bypassing lines. You will be able to buy the phone outright or sign up to a carrier contract with Reserve and Pick Up orders.

The first iPhone XR pre-orders were shipped earlier this morning, set to arrive on Friday, October 26, the launch day of Apple’s latest smartphone. We’ll have our hands on the iPhone XR soon and will share our thoughts on this latest device, shortly.