With the 10th anniversary ‘iPhone X’ still over a month away from hitting the shelves, an article over at Medium has imagined how ten years from now, in 2027, an Apple executive will grace the stage to show eager fans the 20th anniversary ‘iPhone XX’. With 20 years of improvements, refinements and technological achievements, the author shares his thoughts on how it will look like. 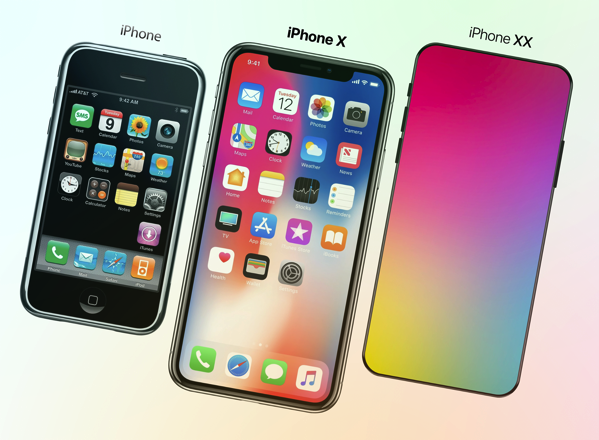 The author says that in 2027, the rear camera notch will be completely gone. The screen will be the phone, the phone will be “all-screen in the human and non-marketing sense of the word”, with the software taking over the entire experience of using a phone. It will have an OLED HDR display, but with higher pixel density.

Regarding the iPhone XX cameras, here’s what he predicts 10 years from now:

Multiple lenses of different focal lengths on both sides so users can manipulate the depth-of-field of a photograph after it’s taken, and the addition of rear-facing 3D object sensors so iPhone software can know where objects sit in 3D space regardless of where those objects are in relation to the device.

To read the super lengthy article in its entirety, click here.