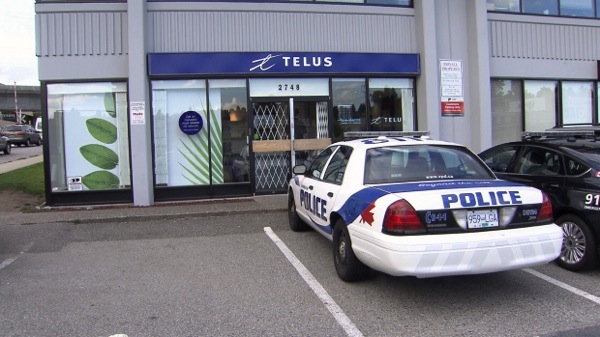 Police said three young people burst into the Tom Harris Cellular Store on Rupert St. near Grandview Hwy. at around 3:30 p.m. brandishing what appeared to be guns.

The group stole an unconfirmed number of cell phones then fled into a waiting getaway car.

Sgt. Randy Fincham said officers stopped a suspect vehicle a short distance from the store, in which three youths got out of the car and ran. Two were caught and have been arrested while the third remains at large.

According to a TELUS customer who contacted us, the batch of stolen cellphones included new iPhone 5s models waiting to be delivered. Our source reports his new iPhone 5s was destined to arrive today, but his local TELUS dealer said the Rupert Street location, which was to supply the new smartphone, had all of its stock stolen.

With unlocked gold iPhone 5s models (64GB) selling for as much as $2,500 on eBay (regular retail: $919 from Apple) due to increased demand and a worldwide supply shortfall, these phones have become a hot commodity.

The VPD says anyone with knowledge of the robbery can contact them.