Costco iTunes Cards Sale: 20% Off $100 Multipacks is Back

The offer is available online but it’s only $83.99 with free shipping ($10 off their regular price of $93.99; works out to 16% off). Ordering online means you’ll be able to resist filling your cart at the store with random impulse buys, worth $500. 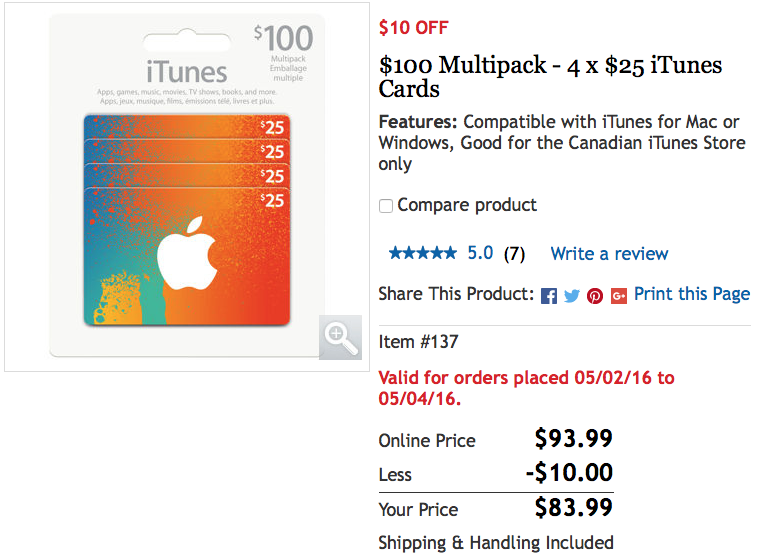 By purchasing these discounted cards and funding your iTunes Account balance, you’ll be saving 20% off any digital purchase, subscription or in-app purchase from Apple. If you were about to purchase some expensive software in the Mac App Store, these cards can help you save 20% off, for example.