Still can’t download anything from the App Store, iTunes, Mac App Store and iBooks Store? You’re not alone, as Apple’s iCloud System Status page is showing an ongoing outage that started around 2AM PDT, 5AM EDT this morning. 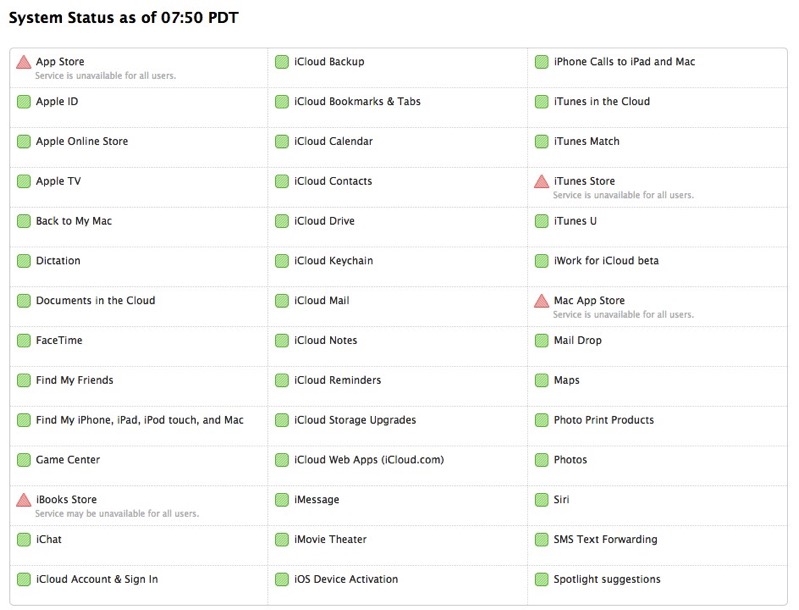 Originally the iCloud outage affected Mail and account sign-in too for users, but as of now customers are asking “are you still down for me?” more than 2Pac’s 1997 album.

Are you affected by this iTunes outage? Siri is down for the count, too.

From Apple: "We apologize to our customers .. the cause was an internal DNS error at Apple. We're working to make all services available."

Update 1:44PM PDT: The iCloud status page is showing green across the board now.