Pangu team has today released the first jailbreak solution for iPhone, iPod touch and iPad devices running iOS 8.0 to iOS 8.1.x. The jailbreak tool is currently available in Chinese language for Windows users only, and so far there is no ETA for an English language Pangu jailbreak or a Mac version. Also, the release seems fairly buggy and is primarily aimed at developers so we advise you to proceed with caution (via iDownloadBlog). 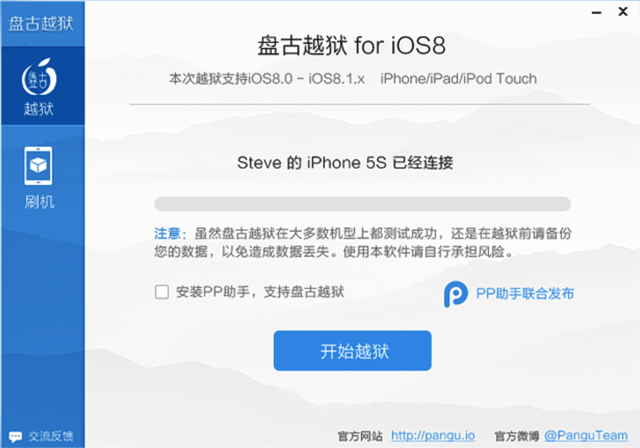 Following Pangu jailbreak’s release, Saurik has also released the updated version of Cydia compatible with iOS 8, though it needs to be downloaded from his official website (.deb file) and requires manual installation. Here’s what he said on Reddit:

“I’ve given a new version of Cydia Installer in the form of a standard jailbreak bootstrap for inclusion in a new version of their jailbreak. I’ve also pushed the .deb of the iOS 8 version of Cydia to apt.saurik.com for manual download, but not yet to my repository. A lot of thanks goes out to limneos, who tested the new build for me, as I was at an airport (and now am frantically typing this message while they figure out how to retract the jetbridge from the plane I’m on that is about to take off).”

It is advised to update to iOS 8.1 before attempting the jailbreak. Also, the Pangu Team recommends turning off Lock screen passcode and Find My iPhone before proceeding. Below are the download links to Pangu’s latest version and Cydia for iOS 8 by Saurik: