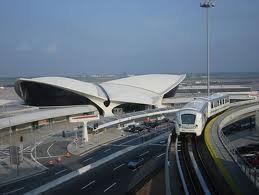 In a crime that was originally likened to one seen in the Goodfellas movie, it seems more appropriate that the New York Post would liken it to the ‘Dumbfellas’. Court papers identified that JFK Airport employee Renel Rene Richardson was behind the theft of a USD $1.9 million dollar iPad Mini shipment moving through the facility.

Together with two helpers, Richardson acted as the look-out while the others took advantage of airport equipment to load the pallets onto a waiting truck. Unfortunately for the criminals, Richardson seems to have a big mouth and was overheard chatting to others about the iPads, shipment details and the equipment they would use to complete the crime.

Once the FBI had arrested Richardson, they worked together to locate the truck but there is no word regarding whether the lost iPads were recovered (or what it might mean for those individuals waiting on their shipments which would now be delayed).

At times like this it would sure be nice to have Find My iPad automatically installed and activated (with the logistics of that working aside).