As Apple is preparing to release its June-quarter earnings later today after the markets close, Fortune’s Philip Elmer-DeWitt has gathered the best sales forecasts from professional and independent analysts. As it turns out, analysts are confident Apple had a great quarter and expect the company to report the sale of up to 50 million iPhones.

Based on conversations he had with Apple CEO Tim Cook, Stanford C. Bernstein technology analyst A.M. Sacconaghi notes, as cited by Re/code, that demand for the iPhone 6 and 6 Plus remains strong. He expects Apple to report iPhones sales of 48.9 million for the June quarter, up from 35.2 million sold during the corresponding period last year.

From DeWitt’s chart we see that independent analysts from The Braeburn Group are setting the bar high at 53 million units, but Horace Dediu of Asymco is close with a forecast of 52.8 million iPhones.

In the light of Credit Suisse analyst Kulbinder Garcha’s estimate, Dediu’s number is conservative: he estimates a record 56.28 million units for the June quarter. We should note, however, that Garcha is the only one with such a high forecast. Gene Munster of Piper Jaffray takes a more “skeptical” approach, predicting “only” 46 million units.

Who got it right? Well, we will find out shortly. 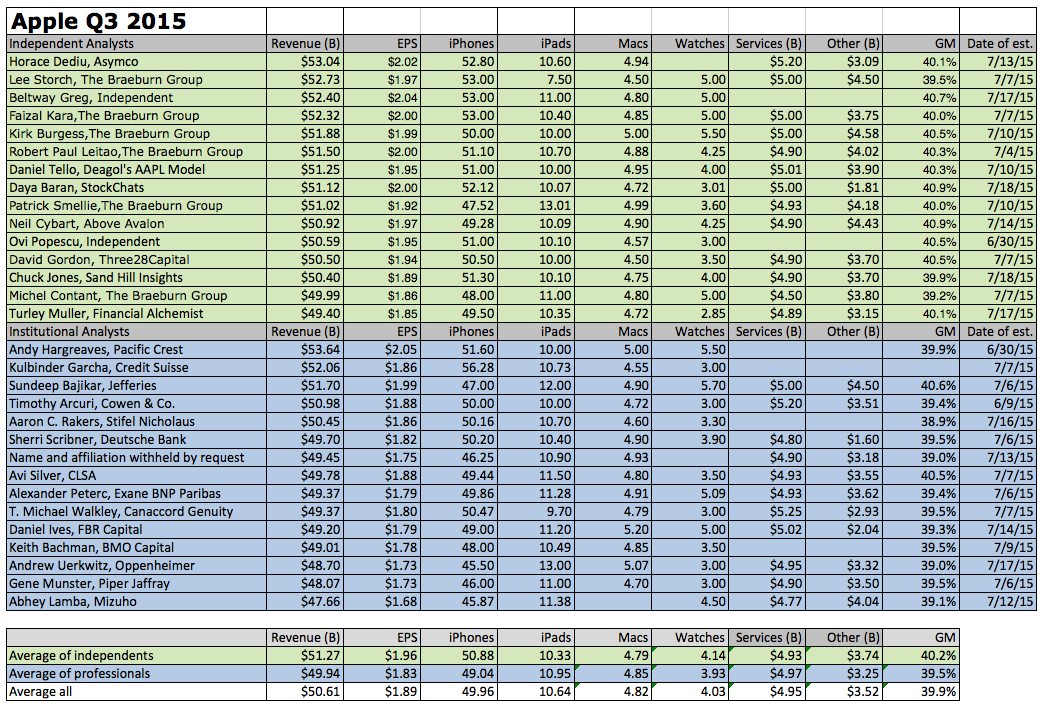 Today the first press reviews of Apple’s HomePod 2 hit the web, along with unboxing videos. The second-generation HomePod sports a similar design as its predecessor, has a 4-inch woofer and five tweeters (down 2 from before), plus gains a built-in temperature and humidity sensor, along with automatic room sensing for adjusting audio to your […]
Gary Ng
18 mins ago

Apple’s second-generation HomePod is set to launch on Friday, February 3, and ahead of the debut, the embargo has lifted on the first press reviews. HomePod 2 has the same price as its predecessor before the latter was axed, but this time supports Spatial Audio and room sensing for automatically-tuned sound, to go with a […]
Gary Ng
38 mins ago