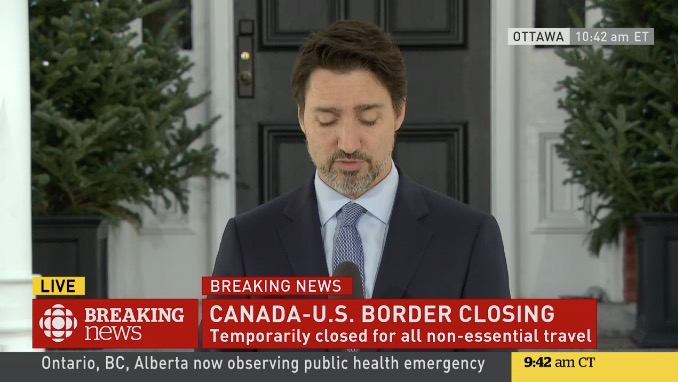 Prime Minister Justin Trudeau has announced the Canada-U.S. border is now closing to non-essential travel, due to the COVID-19 pandemic. Here are some of the announcements:

Trudeau says it’s time for people to focus on their health and also work from home.

With the border closed for non-essential travel, the goods supply chain will continue, which means your purchases from companies such as Apple will still make its way to you (not that a shiny new iPad Pro is a priority right now about). Apple Stores are now closed indefinitely according to the Apple.ca website.

There are currently 599 confirmed COVID-19 cases in Canda according to CTV News.