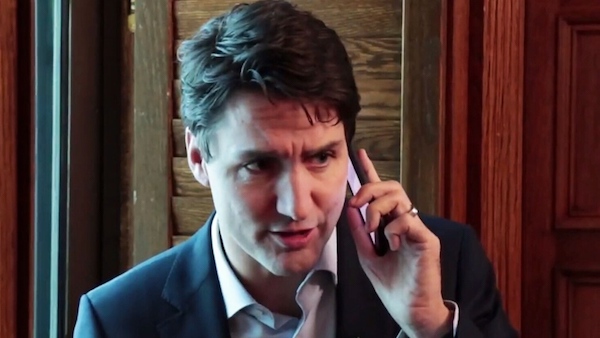 The light-hearted video shows Trudeau texting Santa to ask “on your way?” as he channels his drama teacher days, acting concerned when Santa doesn’t text him back. When Trudeau gets no response to a few follow-up texts, he calls Garneau to make sure the big man is okay.

“Hey Mark, listen, where’s Santa? He usually responds to my text messages and I’m not hearing from him. Is everything under control?” the prime minister inquires.

To which, Garneau responds that he had told Santa to put down his phone while driving the sleigh, before pivoting to face the camera to remark: “As you travel to see your family and friends, keep your eyes on the road and avoid being distracted.”

Check out the video clip in the following embed and share your thoughts in the comments section.

#Santa is cleared for take-off! pic.twitter.com/pF9EKDvTSv

YouTube is catching up to Twitch and is now offering support for YouTube Emotes. These custom images can be used across the platform while interacting with chat and the comments in a video. Currently, YouTube is supporting a variety of Gaming Emote. In a YouTube Help blog post, a community manager highlights the fact that...
Steve Vegvari
34 mins ago