Kanye West may seem insane based on his random Twitter rants, but the man is actually a marketing genius, able to get into news headlines seemingly all the time.

His latest album, titled The Life of Pablo, launched yesterday exclusively on Tidal, the streaming platform owned by Jay Z, and stakes held by other artists including Yeezy himself. This helped propel the Tidal app into the top free download spot in the U.S., and currently the seventh spot in Canada in the App Store, as fans wanted to listen to the album.

While the album was said to only be exclusive to Tidal for a week, West ranted on Twitter yesterday the album “will never never never be on Apple”, adding “and it will never be for sale…You can only get it on Tidal.” 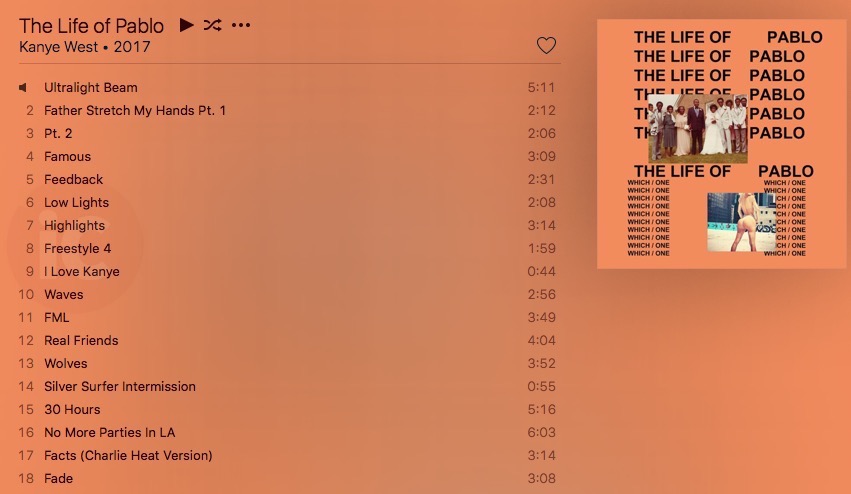 This of course, sparked a backlash by fans who refused to join Tidal to listen to the new album, and according to TorrentFreak, made Life of Pablo one of the heaviest pirated albums to date, with an estimated 500,000 downloads on the first day, and currently has nearly 10,000 sharing the album on torrent site The Pirate Bay, which tops numbers even by Adele, according to TorrentFreak.

As per Mashable, a source says Life of Pablo was only meant to be available exclusively on Tidal for a week, and that remains the plan so far, but West ultimately holds the final decision as to whether the new album becomes available to other services like Apple Music and more.