Koodo has a promo right now where you can get an iPhone 5s on their normal Tab subsidy (up to $360 subsidy versus Tab Plus, which offered up to $500) with $0 upfront on contract, with a minimum $45 per month plan that offers 500MB of data. 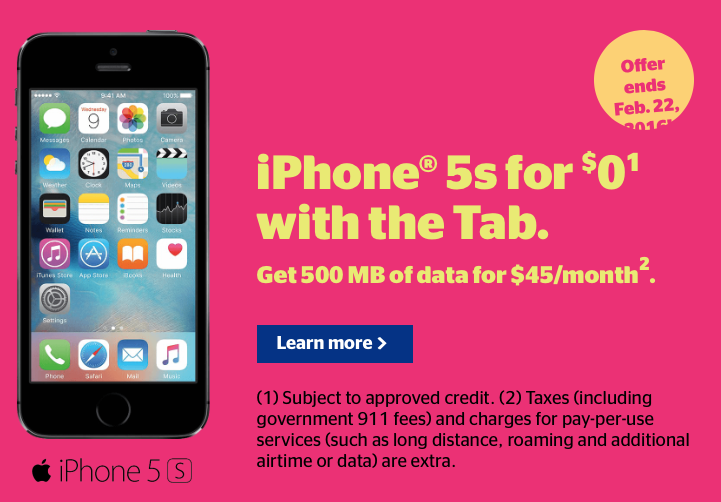 The only colour available is Space Grey and it’s for the 16GB model. Koodo says the “offer” ends on February 22, 2016. 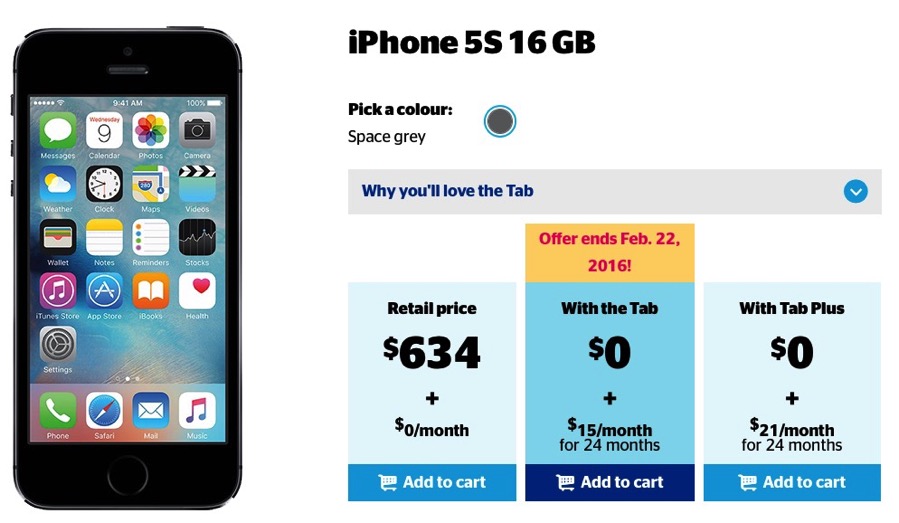 There are rumours the ‘iPhone 5se’ is coming out next month, so you may want to hold off on the iPhone 5s for now. But if there are first-time iPhone users that don’t need the latest and greatest, the iPhone 5s may just do the job.