Latvia is all set to become one of the first countries to launch a coronavirus contact tracing app for iOS and Android using the COVID-19 Exposure Notification tools co-developed by Apple and Google, Reuters is reporting. The app is meant to assist public health authorities in tracking the spread of coronavirus. 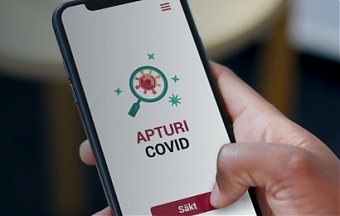 Coronavirus tracing apps previously launched in countries like Singapore and Australia have not had much success as the iPhone does not support their approach to using Bluetooth short-range radio as a proxy for measuring the risk of infection.

However, Latvia’s Apturi COVID (Stop COVID) app is based on technology launched last week by Apple and Google. At first, the app would only work within the Baltic nation of nearly 2 million people.

“The developers believe that reliance on this standard will ensure widespread adoption and also compatibility over time with contact tracing apps around the world that are also expected to adopt the same exposure notification framework,” the app’s developers said in a statement.

Currently, Latvia, Germany, Switzerland, and Estonia are all working to make it possible for their national apps to ‘talk’ to each other across borders.