After a recent report revealed that Microsoft contractors listen to selected Cortana and Skype recordings, Microsoft has updated their privacy policy to confirm this. A follow-up report from Vice’s Motherboard, with the help of leaked documents and interviews, suggests that these contractors have a laborious job are poorly paid.

Reports about human contractors listening to recordings from voice assistants have been coming out one by one. It all started with a report about Google employing people, to listen to Assistant recordings and then quickly added Apple and Facebook to the list. Tech giants hire humans to listen to recordings from their voice assistants to improve their voice recognition capabilities. “The bulk of the work I’ve done for Microsoft focused on annotating and transcribing Cortana commands,” one Microsoft contractor told Motherboard.

A cache of leaked documents obtained by Motherboard reveals the hard and often repetitive task that these contractors have to do.

“The instruction manuals on classifying this sort of data go on for hundreds of pages, with a dizzying number of options for contractors to follow to classify data, or punctuation style guides they’re told to follow. The contractor said they are expected to work on around 200 pieces of data an hour, and noted they’ve heard personal and sensitive information in Cortana recordings”, the report says.

As a response to the reports about the contractors hired to transcribe Cortana and Skype recordings came out, Microsoft has updated their privacy policy. The updated policy now clearly says that the company uses humans to review selected recordings and use the findings to train the machine learning algorithms.

“We realized, based on questions raised recently, that we could do a better job specifying that humans sometimes review this content,” a Microsoft spokesperson told Motherboard in an emailed statement on Tuesday. The updated privacy policy now reads:

“Our processing of personal data for these purposes includes both automated and manual (human) methods of processing,”

Machine learning algorithms need inputs from humans to improve their ability to perform various tasks. However, should these tech giants use data from real people, which might include private conversations? What is your take on this?

Ming-Chi Kuo has today claimed on Twitter that Apple is no longer working on its own WiFi chips, leaving Broadcom as the biggest winner of the iPhone 15’s upgrade to WiFi 6E. According to the veteran Apple analyst, Broadcom will be the leading beneficiary of the WiFi industry-standard upgrade to Wi-Fi 6E/7 with higher ASP. “My...
Usman Qureshi
14 mins ago

SpaceX has introduced a new ‘Sleep Schedule’ features in its Starlink app version 2023.03.0, which should help users save energy during sleeping hours (via Tesla North). As spotted by Nathan Owens, the feature toggles a power-saving mode, causing the dish to report an outage reason as ‘Sleeping' during the pre-set hours. This Starlink feature has launched...
Usman Qureshi
30 mins ago 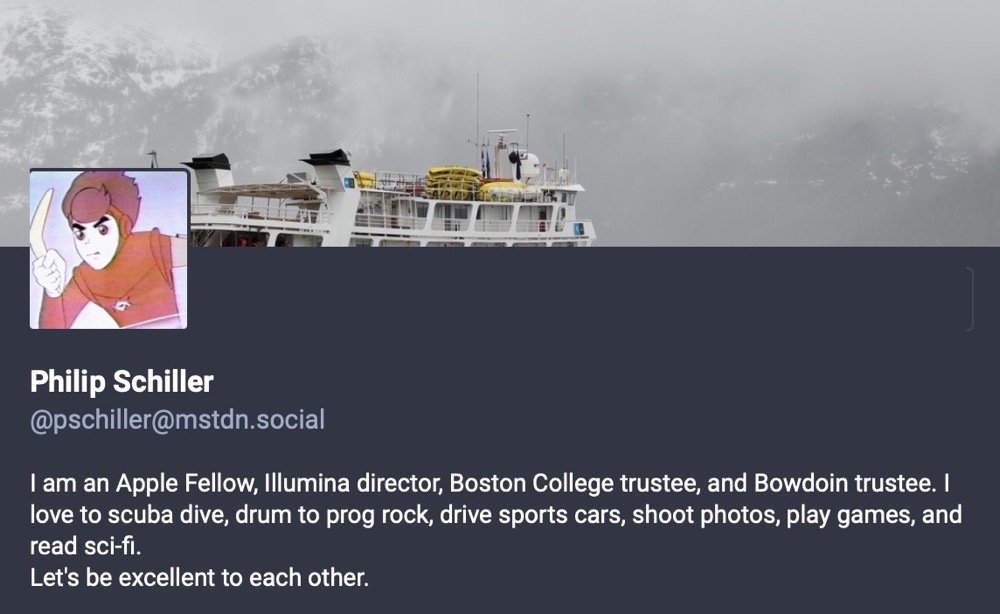 Former Apple marketing chief Phil Schiller, who deleted his Twitter account back in November following Elon Musk's takeover, has now officially joined Mastodon. Schiller has also confirmed to 9to5Mac that his Mastodon account is official. John Gruber has also confirmed that Schiller’s Mastodon account is official. In one of his first posts, Schiller is promoting...
Usman Qureshi
40 mins ago