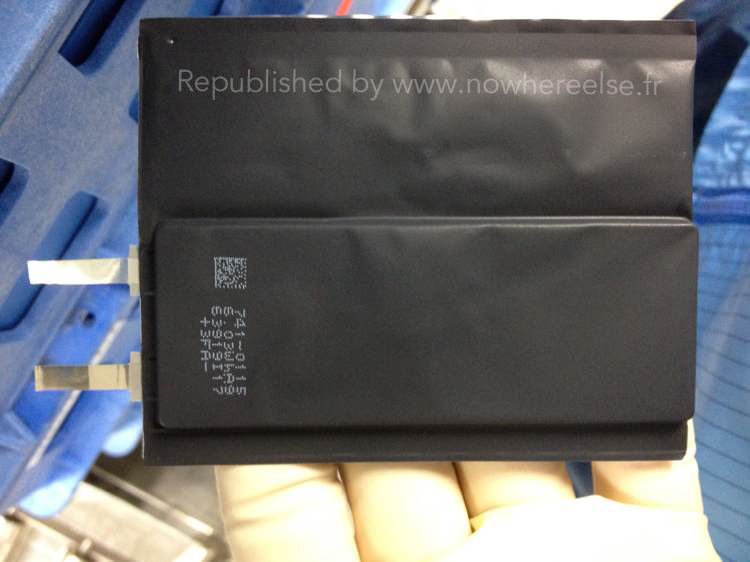 Yesterday, French blog Nowhereelse published a couple of images of purported 4.7-inch iPhone 6 battery unit, which indeed seemed to corroborate the previous reports. Today, the same source has a put up some more pics of what they believe is an ‘iPhone 6’ battery, though this time they are also claiming that Apple’s next generation of iPhone batteries may be flexible or foldable.

[Machine Translation] : “We first note that the thickest part of the battery takes roughly the elongated format models found in previous generations of iPhone. Kind flexible extension and fine can be folded , the other half I am unable to explain the usefulness if not gain a place in the case where it would serve as additional cell is itself unusual for a battery supposed to have been produced for the Apple account.”

“This is obviously not a theory among many others. It might as well be a question of a new foldable device, but let’s not lose ourselves … In this case, the absence of most of the information that is usually printed on the batteries keeps us in any way to know the exact nature of this new model and thus whether it is actually intended to equip a unit of the California firm or not.”

The source also points out that the series of numbers (741-0115) printed on the alleged foldable battery are also also present on the iPhone 5s battery. Other than that, there isn’t much proof if it really is an iPhone battery or not. 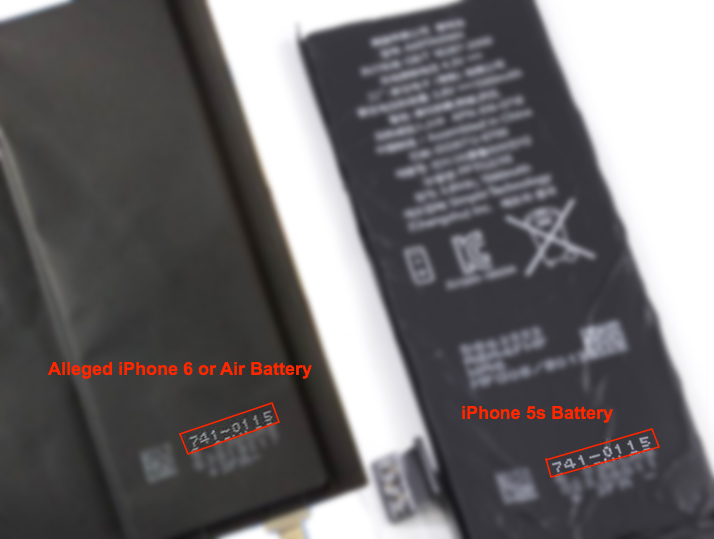