An alleged photo of the front glass panels for this year’s upcoming ‘iPhone 13’ models has just been shared by MacRumors, revealing not only a smaller notch as previously rumoured, but also a relocated earpiece speaker. 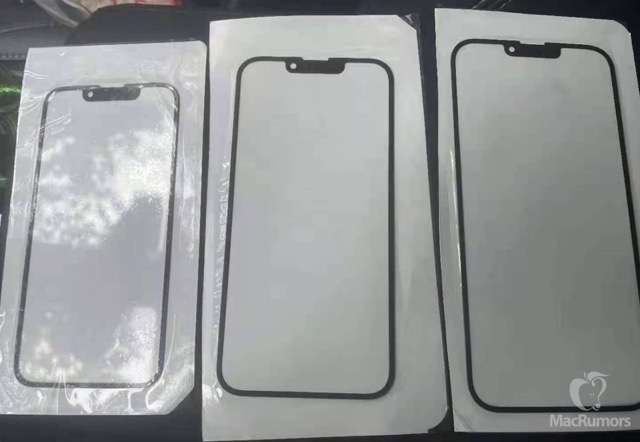 The notch on each iPhone, however, is noticeably smaller as a result of the earpiece speaker being moved up into the top bezel. This design change was originally speculated for the iPhone 12 but was not materialized.

Apple analyst Ming-Chi Kuo and a few other sources previously claimed that a few Face ID components will be consolidated in iPhone 13 models, resulting in a smaller notch, but they did not mention the earpiece being repositioned.

After shrinking the notch this year, Kuo said that Apple plans to switch to a hole-punch display design for at least some 2022 iPhone models, similar to Samsung’s Galaxy S21.

Other than the updated notch, iPhone 13 models are expected to have the same design as the iPhone 12 models, albeit with a 120Hz display on Pro models, a faster A15 chip, and some camera improvements.

HBO has made the decision to premiere the fifth episode of The Last of Us on Friday, February 10th to avoid overlap with Super Bowl LVII. For us in Canada, this means fans will be able to check out the upcoming episode on Crave a few days early. HBO's The Last of Us has been...
Steve Vegvari
2 mins ago

LG is expanding the availability of Apple TV, Apple Music, AirPlay, and HomeKit support on third-party webOS Hub-enables displays. Over 100 countries and regions will now be able to take advantage of Apple's entertainment options on a growing list of third-party displays. Apple's apps such as Apple TV are currently available on LG's display and...
Steve Vegvari
53 mins ago