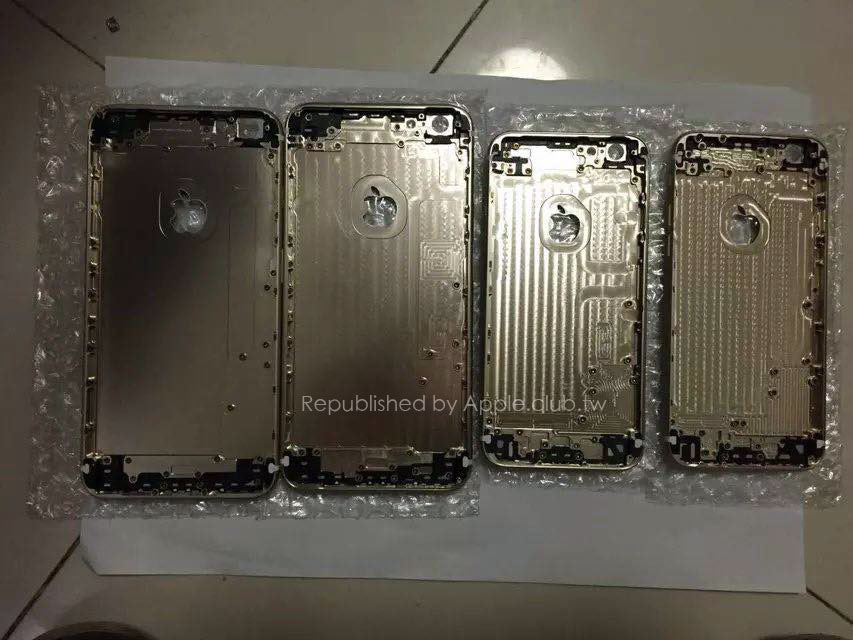 The leaked photos show that the all the connectors and buttons are located in the exact same position, which isn’t surprising because the “S” model iPhones have historically looked identical to the previous generation.

The interior of the casing includes a different mounting structure that suggests a new logic board and other components are incoming. The next-generation iPhone is rumoured to include an A9 processor with 2GB of RAM, Force Touch, 7000 series aluminum, and an improved 12-megapixel rear-facing camera.

Today, images of the iPhone 6s’ display also leaked, along with a video of the logic board booting up.