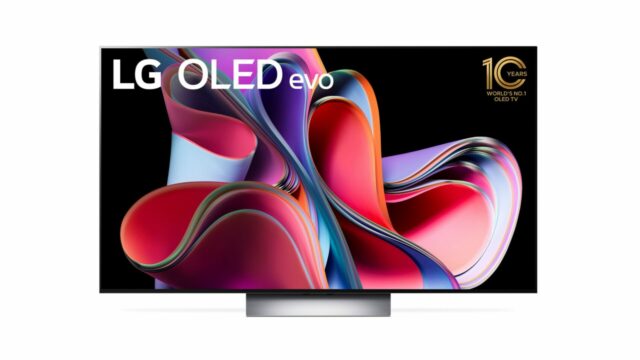 Ahead of CES 2023, LG has outlined its 2023 OLED TVs and the broad improvements the company is making. To no surprise, following 2022’s G2 and C2 series, LG is making more substantial leaps toward brighter displays.

This year, LG is introducing its Z3, G3, and C3 OLED evo series TVs. According to the company, these displays are primed to provide higher brightness and colour accuracy, all thanks to the new a9 AI Processor Gen6, via Newswire.

LG states that the latest Alpha series processor “utilizes LG’s most sophisticated AI-assisted Deep Learning tech to ensure outstanding picture and sound quality.” AI Picture Pro, LG’s software that enhances all aspects of picture quality, is also said to be improved for upscaling, dynamic tone mapping, and clarity. It is also integrating a picture processing technology in order to refine “important objects, such as people’s faces, to give them a more lifelike HDR quality.” Plus, the a9 AI Processor Gen6 is also powering LG’s AI Sound Pro, which LG claims to deliver virtual 9.1.2 surround sound.

This year, LG’s G3 is offering Brightness Booster Max technology, which is able to increase brightness by up to 70 percent, according to the company. The G series, which has already been praised for its design, will also only be getting better. LG states the G3 will introduce an ultra-seamless One Wall Design. The company claims that this design results in “no visible gap” when mounted to a wall.

In addition, LG’s 2023 OLED TVs will feature a new and refined version of the company’s webOS. This year’s models will all feature All New Home, a brand new redesigned UI that LG says “offers a wealth of personalization options and more convenience than ever.” To deliver on this promise, LG is bringing its new “Quick Cards” feature to its TVs. This is said to offer users easy access to content and services across Home Office, Gaming, Music, and Sports.

LG is expected to continue catering to players this year, thanks to its low response times across its OLED TVs. 2023’s offerings are said to offer 0.1 millisecond response time, low input lag, and up to four HDMI 2.1a compliant ports. Since the start of this console generation, LG’s OLED TVs have largely been seen as the top displays on the market. With ongoing support for G-SYNC Compatible, FreeSync Premium and variable refresh rate (VRR), it doesn’t appear as though LG is slowing down.

LG’s OLED TVs are the first displays to be certified by the HDMI organization for the recently announced Quick Media Switching VRR (QMS-VRR). This technology is claimed to be able to eliminate those quick black screens when switching between video frame rates and different content played from various sourced devices via HDMI 2.1a compliant ports.

CES 2023 kicks off on January 5th in Las Vegas. Though the tech announcements are expected to pour in throughout the week.