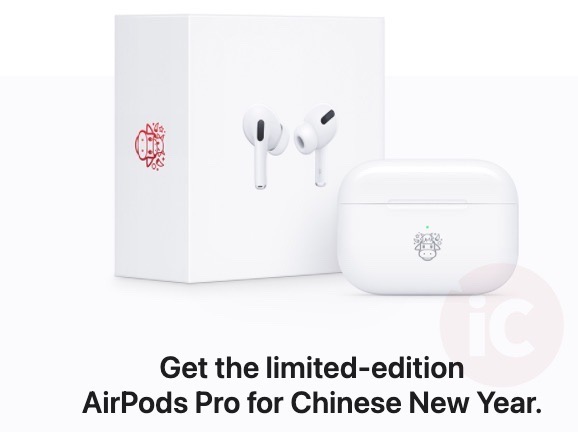 The company sent out an email this evening, which also ended up in the inboxes of customers in Canada, where these limited AirPods Pro aren’t even available for purchase.

“Double the wishes in the Year of the Ox. Discover gifts that will make this Chinese New Year their most memorable yet,” reads the email. 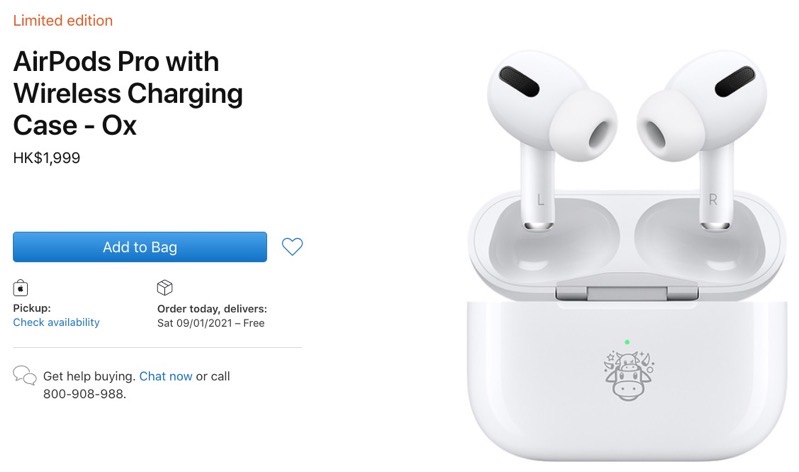 The engraving on these AirPods Pro show a custom emoji, which looks to represent an ox (but it’s the cow emoji).

These AirPods Pro are being listed on Apple’s Hong Kong website, and are unavailable in Canada or the USA. Aside from the custom box and emoji on the AirPods Pro charging case, these wireless headphones work just like any other AirPods Pro earphones.

For those following the Lunar calendar, 2021 is year of the ox and starts on February 12.