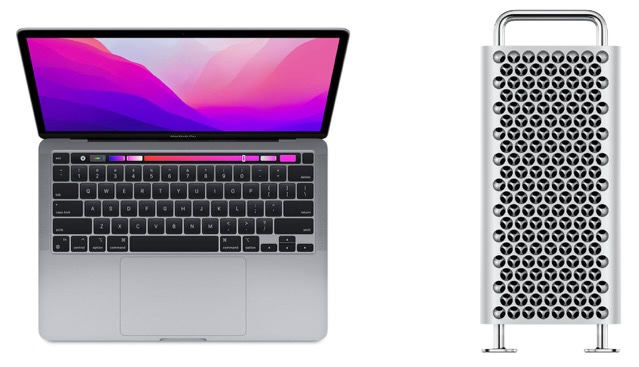 Based on these scores, the new 13-inch MacBook Pro has up to 11% faster multi-core performance than the base model Mac Pro.

Given the Mac Pro has other benefits like expandability, configurable GPU options, larger built-in SSD storage capacity options, and much larger RAM options, this certainly isn’t an apples-to-apples comparison, but the benchmarks are nevertheless a testament to the impressive performance of Apple silicon chips in more affordable Macs.