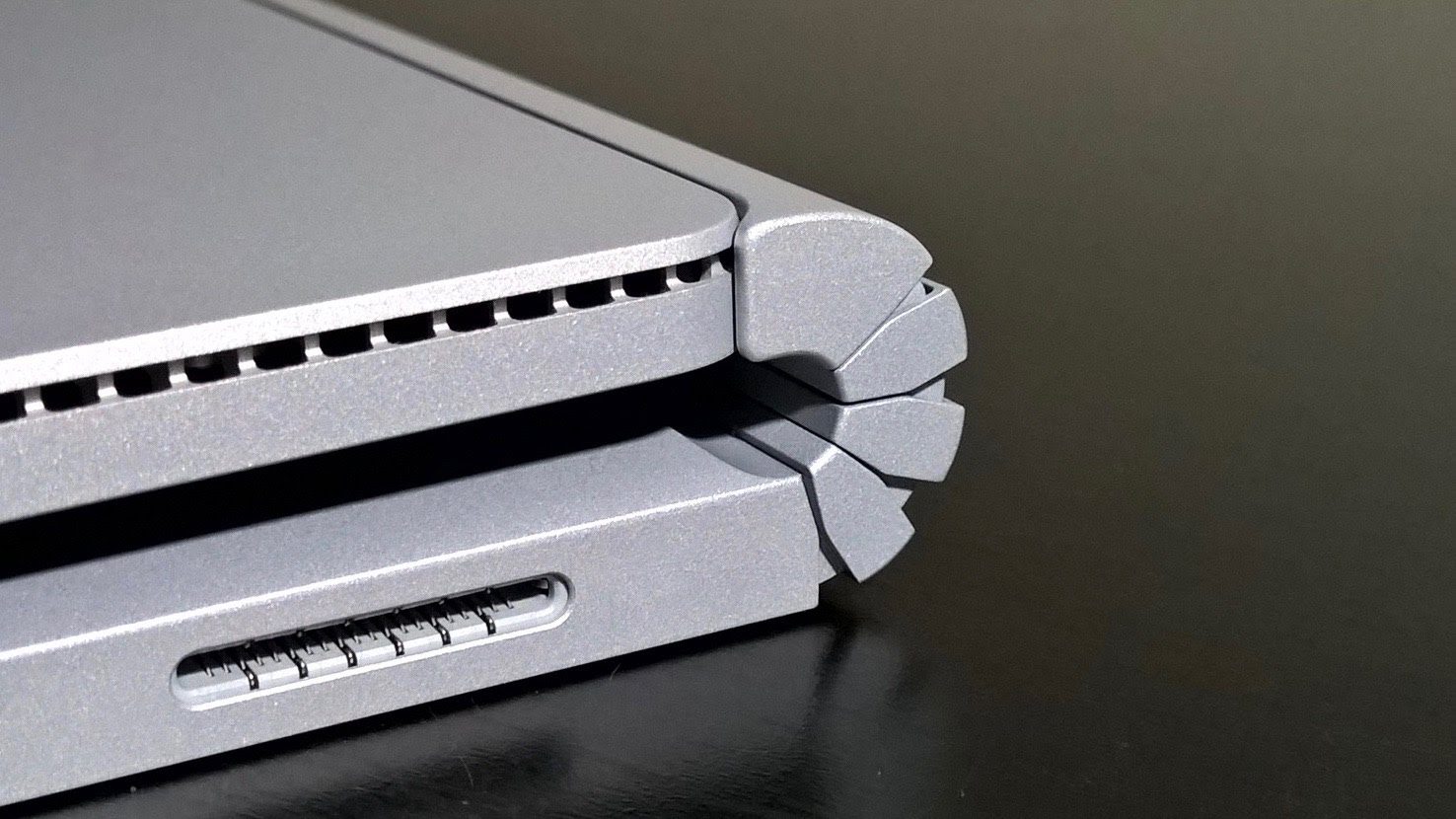 According to a patent filed with the European Patent Office (via Patently Apple), the Cupertino-based tech company is developing a laptop enclosure with a “flexible portion” that “may allow the rigid material to be folded in half and thus acts as a laptop clamshell.”

The Apple patent reads “A top portion may support a display screen and a bottom portion may support a keyboard, track pad, and the like, while an interior defined by sidewalls of the rigid material may house a variety of electronic components … In this manner, the enclosure (or a portion thereof) may be created from a single rigid material, while still providing flexibility and bending for the enclosure.”

the patent illustrates a hinge design that’s supposed to be flexible, kind of similar to the Surface Book, which features what Microsoft calls a “dynamic fulcrum hinge” that flexes as the display is open or closed. It looks and acts like a laptop, however when the screen is disjoined, turned 180° and clipped back down, the Surface Book has a new tablet mode.

Apple sometimes refers to its own technology as a “Living Hinge.” This would mean that the entire MacBook enclosure could be created “from a single rigid material.” 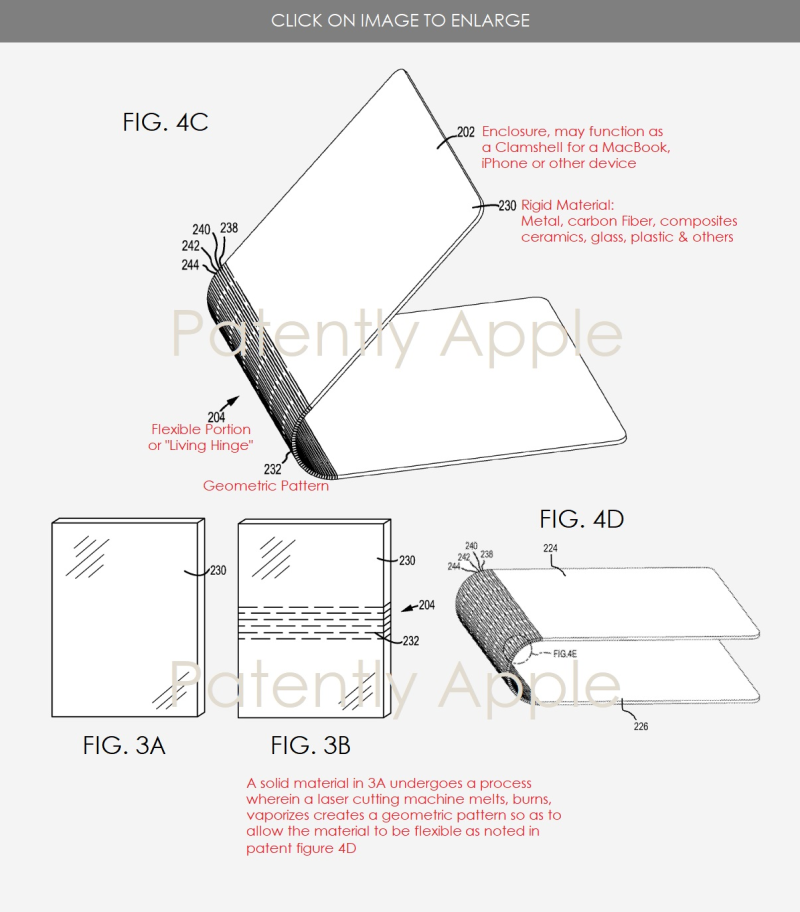 In addition to the added flexibility, this sort of hinge design would seemingly make the manufacturing process easier as the entire chassis would be able to be created from a single material.

As impressive as the hinge sounds, it should be noted that this is still just a patent. It’s not clear if Apple has begun actual development on the technology, let alone when or if it’ll be available. Also, patents shouldn’t be taken as absolute indication that a company intends to release whatever product is described. Though not always, patents are often used preemptively as a way to prevent other companies from copying one’s ideas and concepts even though there’s no intention to make the product.

The fact that Apple has been working on this patent since 2013 suggest it’s a very important area of development for the company, but it’s difficult to determine when such a hinge will make its way to customers — or if it’ll even be released.