As highlighted by ZDNet, a large number of MacBook owners have grouped together to express their frustrations over screen damage affecting Apple’s displays on a website named Staingate.org. “We are a group of Apple customers that paid more than 2000 USD/EUR for a Macbook that is showing horrific stains in the screen,” writes the group. The worst affected MacBooks appear to be those sold in 2013 but it seems that the problem dates back to 2009. 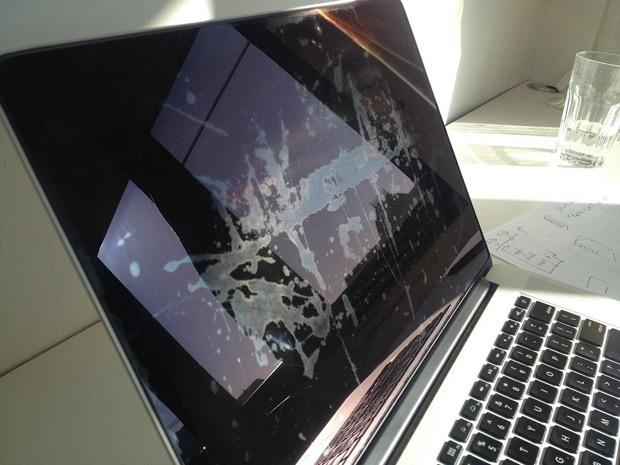 The stains can start as early as 7 months after the purchase. There is no clear pattern as to how it starts, as some experience it in small spots around the edge, while on other screens it appears in the middle as large patches (as shown above). According to Apple, this is “cosmetic damage” and as such it is not covered by the warranty, leaving owners facing repair costs that can total up to $800.

On the face of it the damage appears to be afflicting the antireflective coating applied to the display. Something – and that something could range from user abuse to a manufacturing defect – seems to have caused the coating to decay, leaving behind what appears to be an ugly stain.

The group says it has been contacted by more than 3,000 people so far, and US law firm Whitfield Bryson & Mason has contacted the organization’s Facebook group offering to help.

The report notes that the law firm has already begun collecting data, and Apple may soon be hit by a ‘Staingate’ lawsuit.

Eero, an Amazon company, has just announced a new range of WiFi solutions, including eero PoE 6 and eero PoE Gateway Power-over-Ethernet (PoE) devices, for setting up faster, reliable WiFi networks at homes and businesses. The eero PoE 6 is a dual-band Wi-Fi 6 PoE access point that provides up to 2,000 square feet of coverage...
Usman Qureshi
42 mins ago