iFixit has published its full teardown of Apple’s new 16″ MacBook Pro, and it is as unrepairable as ever. 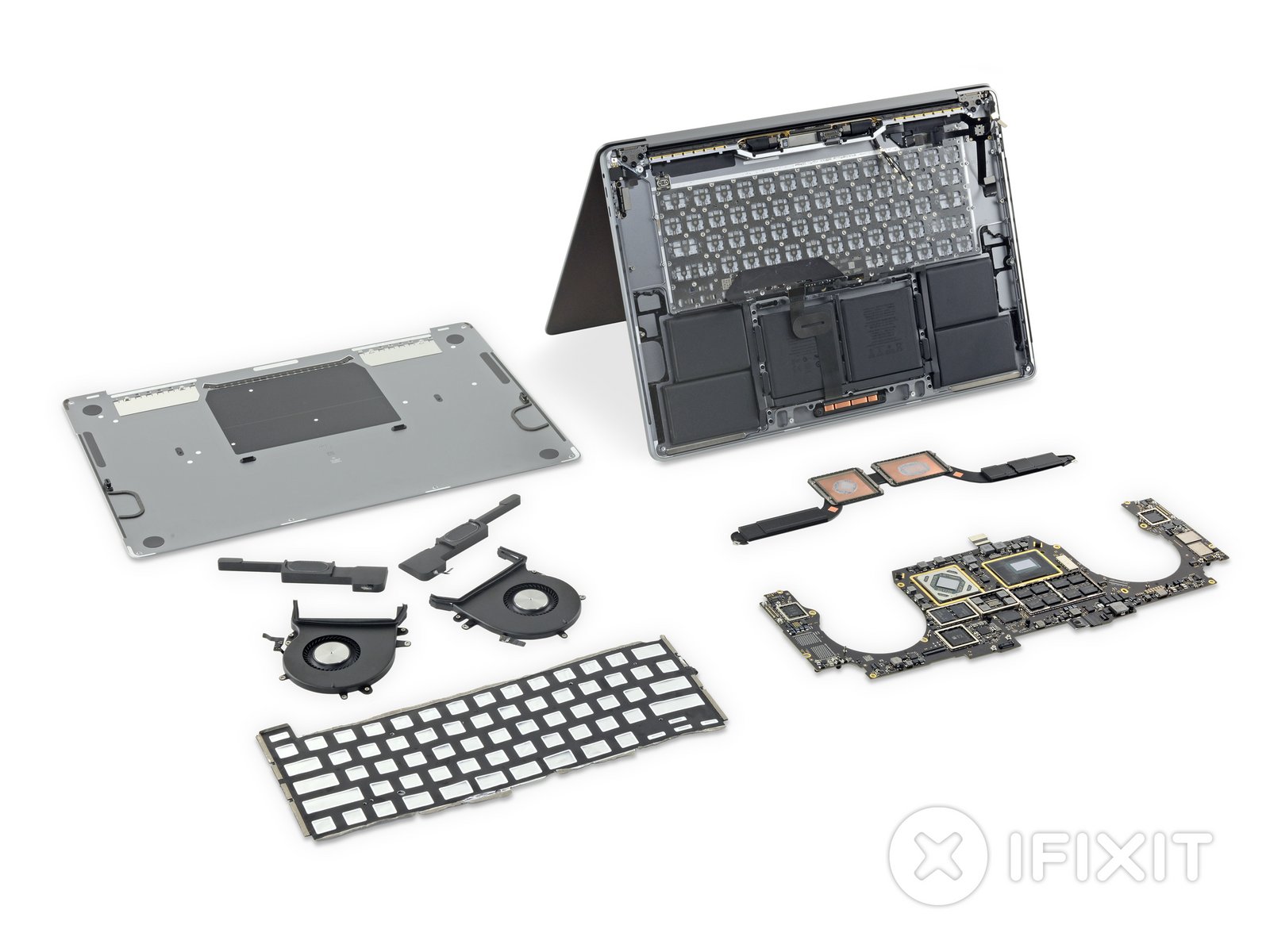 After publishing an initial look of the new Magic keyboard that replaces the long-polarized butterfly keyboard, the experts over at iFixit have published their full teardown of the new laptop.

According to the teardown, the new scissor-switch keyboard has deep similarities to Apple’s time-tested, standalone Magic Keyboard, as well as to the keyboards found in Mac laptops before the introduction of the butterfly mechanism. But Apple still managed to make the newer version 0.22 mm thinner.

At the center of the mechanism is “an Apple-designed rubber dome that stores more potential energy for a responsive key press,” explains the Cupertino company. However, the keyboard assembly is still riveted in place, and repairing damaged switches is likely to be no more convenient or cost-effective than has been the case with the butterfly keyboards.

Dual fans inside the 16-inch MacBook Pro form an “angry owl,” iFixit explains. These include “a larger impeller with extended blades along with bigger vents, resulting in a 28 percent increase in airflow,” according to Apple.

The heatsink is 35 percent larger, with independent tests showing that improved thermal management increased the performance of the 16-inch MacBook Pro by about 10 percent. iFixit said “The revamped thermal system is a welcome improvement to the notoriously hot-and-throttled Pro lineup.”

However, iFixit are as critical of the general repairability of the new Apple laptop as ever, rating it 1 out of 10. The only praise was that the trackpad can be easily removed. Some components are modular but the main issue is that the keyboard, battery and speakers are all attached with glue and/or rivets.

“Despite the thumping new speakers, the podcast-quality mic array, and that giant screen, we can’t help but feel that Apple can do better — especially after seeing Microsoft perform some real engineering magic to make its latest laptops more repairable,” concludes the teardown. “Here’s hoping that the 2020 Pro lineup will really take our breath away.”