‘MacBook Touch’ Concept Imagines the First Mac with a Touchscreen

Swiss site HandyAbovergleich’s latest concept dubbed the ‘MacBook Touch’ imagines the first ever Mac with a full touchscreen, despite the fact that Apple has repeatedly said over the years it will never make a Mac with a capacitive touch display. Nonetheless, the concept puts together some beautiful images of the imaginary MacBook, complete with a touch keyboard and full-width trackpad (via 9to5Mac). 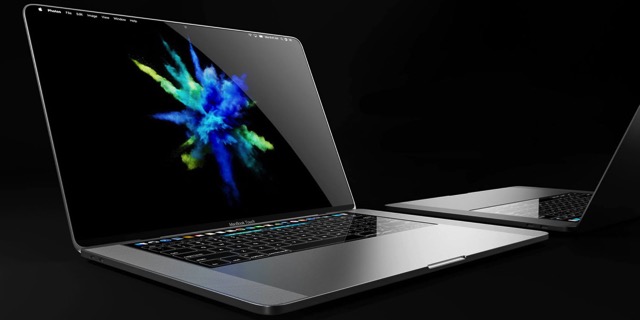 The designers have integrated both a touchscreen display and a touch keyboard in the MacBook Touch concept. They have created a completely new and extremely modern-looking MacBook, while keeping the characteristic looks of the iconic Apple notebook.

The concept device includes an edge-to-edge trackpad, support for the Apple Pencil and a 17-inch capacitive touchscreen. The touch-sensitive keyboard can double as a secondary display as well.

“The focus is clearly on the completely new display and the touch screen on the bottom, which replaces the keyboard. Our designer gives the MacBook Touch a Retina OLED display with the usual high resolution , but now in even larger format thanks to the vanishingly small screen margins . This fits without problems a 17-inch display in a similar form factor as that of today’s MacBook Pro 15-inch.”

Check out some more images below and tell us what you think in the comments section. 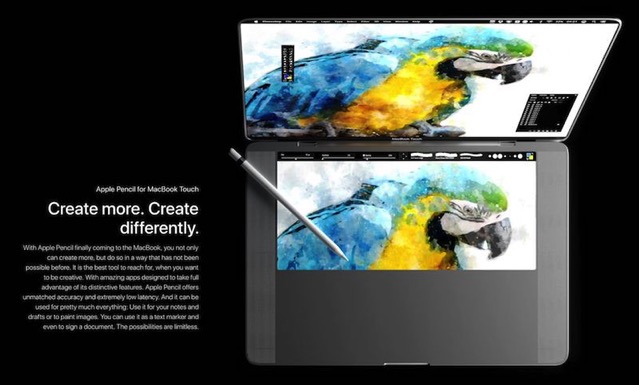 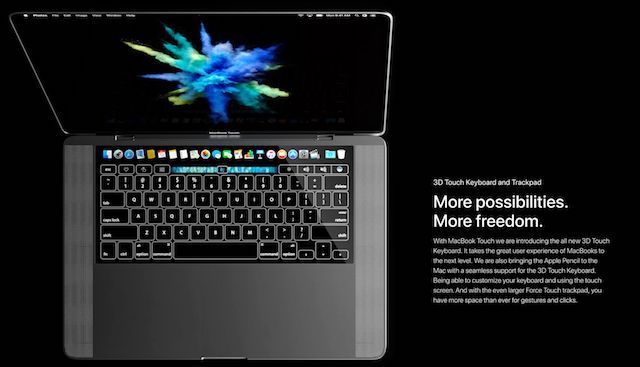