MagNeo Could be the Most Fully-Featured MagSafe Substitute

Recently debuted on Kickstarter, MagNeo is a MagSafe style USB-C magnetic adapter, that offers charging, data, and video in one cable. Compatible with all USB-C notebooks, tablets and smartphones, including the all new 2016 Macbook Pro, MagNeo looks to be the most fully-featured MagSafe substitute available so far. It is rated for up to 100W charging capacity, and allows up to 5K video and Thunderbolt 3 data speeds (via The Verge). 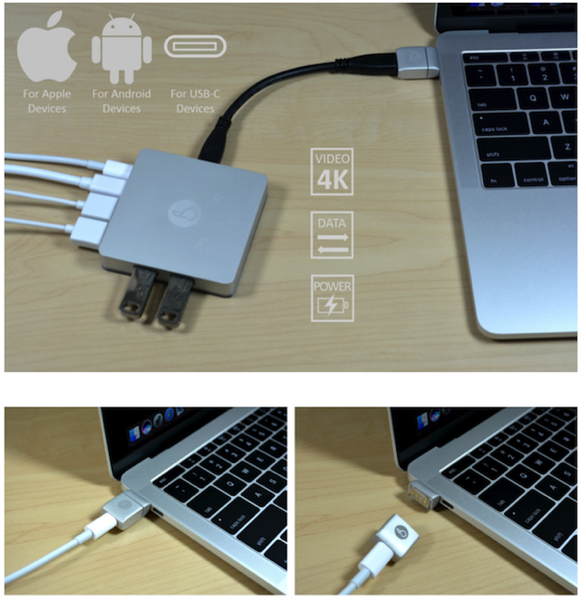 MagNeo is made from ultra high quality materials, and is designed to withstand the wear and tear of daily use. Gold plated pogo pins provide a secure connection with ultra low power losses at the contact surfaces, and are designed to last up to 1 million cycles. Another bonus to magnetic connectors is the simple and easy connectability, that saves you from scratching your shiny device with the plug.

MagNeo is compatible with ALL devices that have a USB-C connector, including all Thunderbolt 3 devices. From the latest 2016 Macbook Pros (13″ & 15″), to USB-C Hubs & Docks, to Google Pixel smartphones, MagNeo has you covered.

Cables tangle easily and nothing is worse than tripping on one, causing damage to your device or yourself. Magnetically coupled connectors remove this hazard as the cable will unlatch before causing problems. Save your gadgets.

While it may not be a pretty looking solution, but it sure looks functional. To back this project, hit up this link.