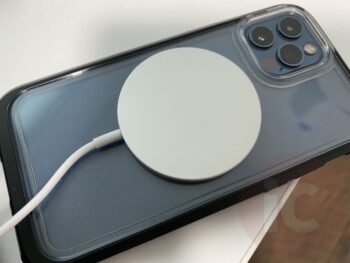 According to MacRumors, charging your iPhone wirelessly using Apple’s new MagSafe Charger while the device is in a case can leave circular imprints on the outer surface of the case from contact with Apple’s induction charging accessory. 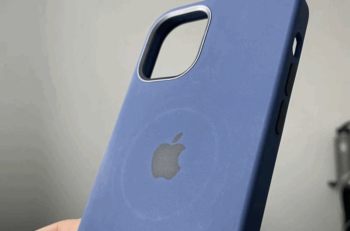 In a freshly published Apple Support document, the iPhone manufacturer specifically warned users of the possibility of circular imprints on Apple leather cases for the iPhone 12 lineup from contact with a MagSafe Charger.

This would indicate that while the issue exists in other soft cases as well, Apple’s leather cases may be most prone to it.

The same document also warns against having credit cards, security badges, passports, or other items with magnetic strips or RFID chips between an iPhone and a MagSafe Charger to avoid damage, that an iPhone won’t charge wirelessly if it is also connected to a wired charger, and that if an iPhone gets too warm during wireless charging, iOS might not let it charge past 80%.

Apple’s leather cases for the iPhone 12 and 12 Pro — the only members of the iPhone 12 family launched so far — won’t be available for pre-order until November 6, so if Apple’s already warning users of the problem, they know how significant it really is.

Users were already not too happy with the fact that MagSafe charging is at least twice as slow as wired charging, and judging by community reactions, this is just adding insult to injury.