Man Strips Down, Jumps into Icy Waters to Rescue His iPhone [VIDEO] 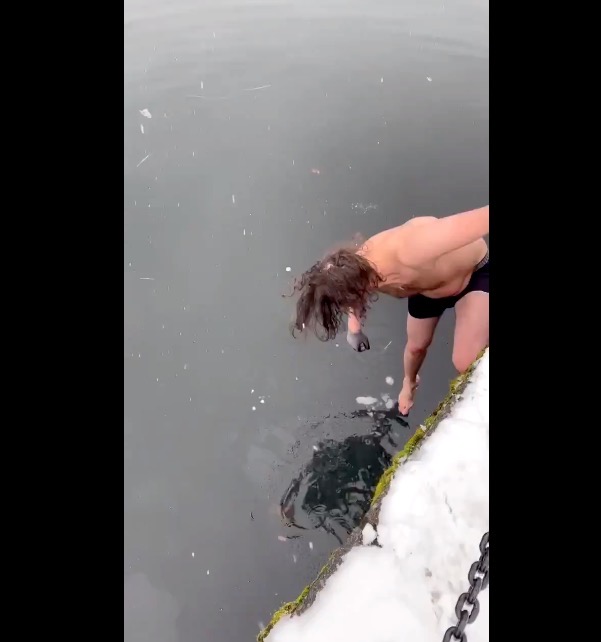 Victoria had a rare freezing cold weekend thanks to an Arctic chill, which helped contribute to some significant snowfall for British Columbia’s capital city.

According to Victoria Buzz, Roman Czarnomski was taking pictures with his iPhone XS on Valentine’s Day, when his phone slipped out of his hands and fell into the frigid waters of the Inner Harbour.

This was the photo Czarnomski took prior to his iPhone falling into the icy waters, he tells the Victoria publication, as he was trying to capture the iconic Empress Hotel in the early hours of the morning. 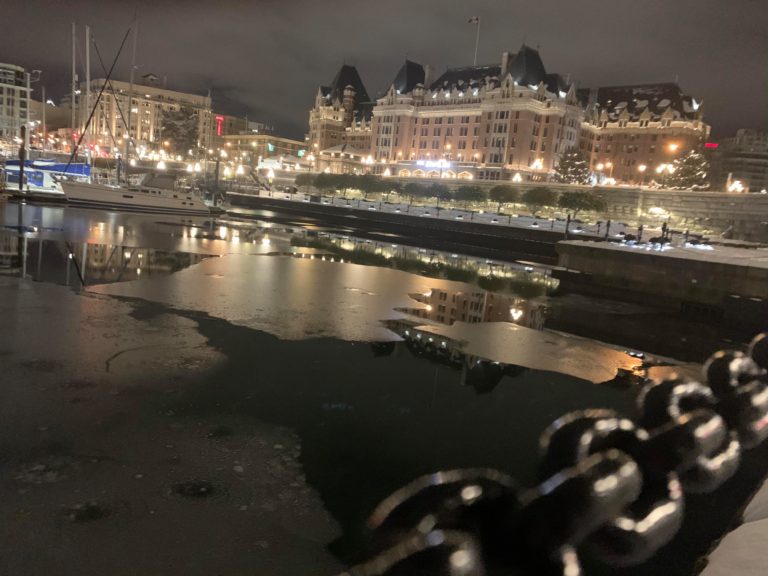 The following day, Czarnomski went back to the Inner Harbour during low tide to rescue his iPhone XS. How? He stripped down to his boxers and jumped in, while it was all being recorded on video by onlookers.

“I dropped my phone the night before. Then grabbed it the next day when the tide was low. It was refreshing,” he told Victoria Buzz.

Apple’s iPhone XS has a rating of IP68 under IEC standard 60529, meaning it can withstand a maximum depth of 2 metres underwater, for up to 30 minutes.

Czarnomski’s iPhone was submerged for just over a few hours he said. “I had a feeling it would work. […] I wasn’t really sure though until it buzzed in my pocket when the guy who took the videos sent them to me after I got out,” he explained.

Victoria man jumps into the freezing inner harbour to rescue his iPhone. 🥶 Wondering if it worked afterwards?

Check out the video above of Czarnomski jumping into the icy waters of Victoria’s Inner Harbour, to rescue his precious iPhone. Would you do the same?