When Apple debuted their first AirPods ad last month featuring Charles “Lil Buck” Riley showing off his dance moves, the beat was set to the single, “Down,” by rhythmic pop duo, Marian Hill. 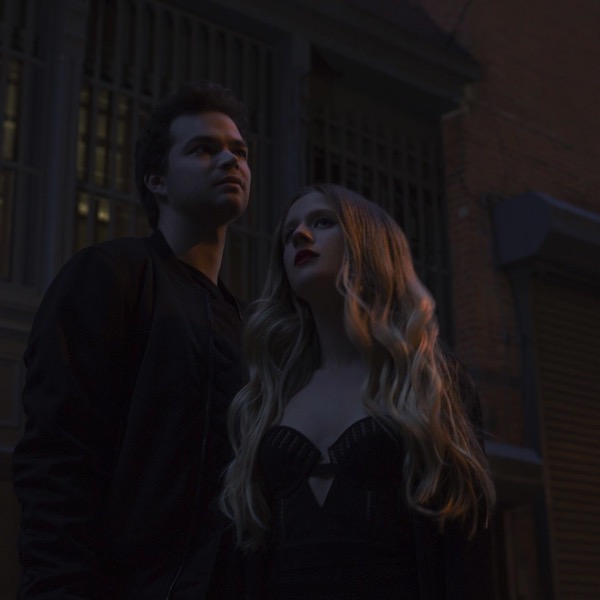 Getting featured by Apple can help musicians surge up the charts, and that’s exactly what has happened to Marian Hill, according to Billboard.

Data from Nielsen Music shows downloads for the single “Down”, went from “negligible to 101,000”, while also jumping to the No. 37 spot on the Billboard Hot 100.

Philadelphia singer Samantha Gongol and producer/keyboardist Jeremy Lloyd make up Marian Hill, which is named from a combination of their roles from an eighth grade play, where they first met. According to Wonderland Magazine, the duo said “Jeremy was Harold Hill and Sam was Marian Paroo. And the rest is history.”

“You hope for it but we certainly did not anticipate the degree to which everything has exploded,” Gongol, 26, said in an interview with Billboard. “We grew up watching those ads.” The AirPods ad debuted before an NFL playoff game in January. “We just proceeded as usual in our head, not expecting much,” Lloyd explained.

Gongol recalled, “I saw it online the day it came out and I was with my friends and family in their hotel room,” adding “Thank god so many people watch football! The stars could not have aligned more perfectly… and to actually have them say our name at the beginning [of the ad] was so perfect.”

On-demand streams for “Down”, for both audio and video, jumped from 89,000 the week before the AirPods ad to over 1.6 million in the week ending January 19. Republic Records co-founder and president Avery Lipman called the jump “magical,” noting sales of the album Act One quadrupled totals for the previous six months combined.

“Sales prior to this were literally anemic, with the single maybe moving 100 units a week, but in the past week (ending Jan. 28) they did 32,500 on just iTunes,” said Lipman, who also noted “Down” went from “literally zero” airplay to 270 spins on January 26, while numbers have also jumped for the duo’s 2015 EP Sway.

Now Playing: Marian Hill & Lauren Jauregui – Back to Me. LIVE at https://t.co/tOPNf46fvW

The iPhone 7 and AirPods ad below featuring Marian Hill has already hit over 9 million views on YouTube:

As for the duo’s official audio clip, it has hit 1.8 million streams, while Pandora and Spotify streams also hit over one million each, said Republic.