Developed by Christopher Heninger, ‘Matchimals.fun’ is an addictive new card-matching puzzle card game for kids that is now available as a free, universal download for iPhone and iPad in the App Store. The game also has a web version that can be played in a browser using this link. 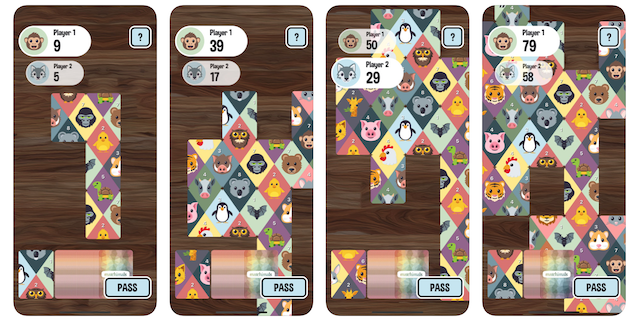 The animal matching puzzle card game is a turn-based game that supports 1-4 players with each taking turns to connect the top card from the deck to the existing cards on the table. If there isn’t a valid connection to be made, then the player must pass. The game ends when all the cards from the deck have been connected on the board.

The developer has also made the game completely ad-free and open-source. The game’s source code is available for browsing on GitHub here.

“I made it ad-free and open-source because I hate ads and I wanted other people that might have a background in web design/development to see that it’s possible to make games/apps using their existing knowledge.

While the game is compatible with phones– it definitely plays best on tablets. It’s far from perfect and there’s still a lot that can be done to improve it– but I’m happy to have the initial version published to the app stores.”

You can grab the game for free using the following App Store link.