Facebook Messenger is getting a refresh that includes a new logo, custom reactions, and more features meant to personalize your conversations. 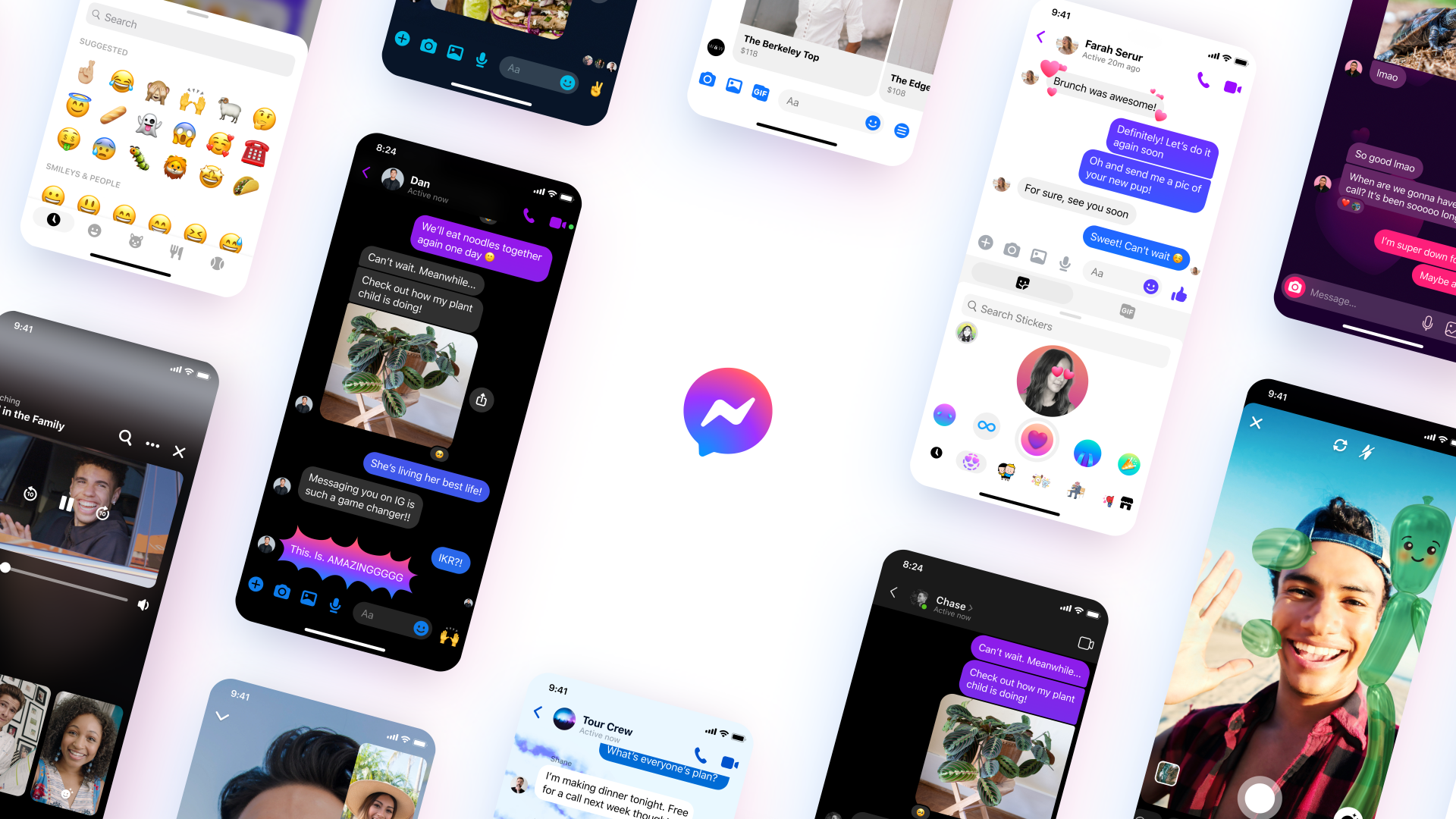 Facebook unveiled the new look on Tuesday, saying the app’s updated logo reflects a move towards the future of messaging. Over the past few months, the company has added new capabilities, like improvements for video calls (and Messenger Rooms), or the ability to watch videos together on the app, all of which are highlighted in today’s announcement.

“The new look reflects a shift to the future of messaging – a more dynamic, fun and integrated way to hang out with your favorite people, on your favorite apps and devices,” Facebook wrote in a blog post.

In addition to the new logo, which features a blue-to-pink gradient, Facebook said Messenger is getting a new default chat color, new chat themes and custom reactions.

A launch trailer focuses on some recent features, including Watch Together viewing parties and dark mode, which arrived in Messenger last year. The clip also shone a spotlight on cross-app chatting with Instagram users, which will be available to most users in North America soon.

“Messenger also powers conversations within Portal, and soon Oculus, so you can be with your favorite people wherever you are,” Stan Chudnovsky, vice president of Messenger, wrote.

There are some other features on the way, such as selfie stickers and vanish mode, in which messages will disappear when you leave the chat or after they’ve been viewed. Messenger will also support third-party AR effects starting next year.

In response to the feedback and guidance it received, Apple has announced that its child sexual abuse material (CSAM) detection tool for iCloud photos has now been permanently dropped, Wired is reporting. Apple has been delaying its CSAM detection features amid widespread criticism from privacy and security researchers and digital rights groups who were concerned...
Usman Qureshi
57 mins ago