Facebook parent company Meta this week announced work on what it believes is already “among the fastest AI supercomputers running today.” 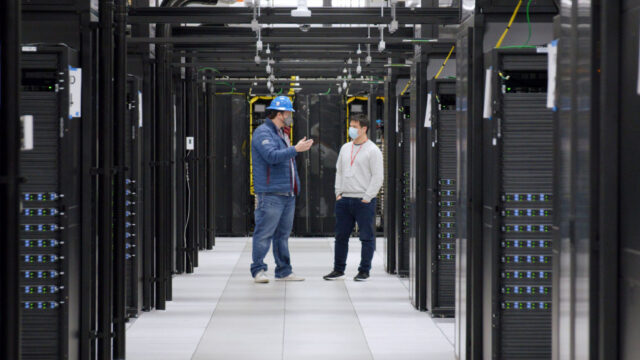 Once completed later this year, the AI Research SuperCluster (RSC) will be the fastest in the world, the company explains in a blog post.

CEO Mark Zuckerberg noted that the experiences the company is building for the metaverse require enormous compute power, and the RSC will enable new AI models to learn from trillions of examples, understand hundreds of languages, and more.

According to a blog post published by Kevin Lee and Shubho Sengupta on Meta’s AI blog, the next generation of advanced AI will require powerful new computers capable of quintillions of operations per second. The RSC is Meta’s way of addressing this requirement.

Sengupta and Lee claimed that the RSC will help Meta’s AI researchers “build new and better AI models” that can work across hundreds of different languages, analysing text, images and video together, as well as developing new augmented reality tools.

“We hope RSC will help us build entirely new AI systems that can, for example, power real-time voice translations to large groups of people, each speaking a different language, so they can seamlessly collaborate on a research project or play an AR game together,” reads the post.

“Ultimately, the work done with RSC will pave the way toward building technologies for the next major computing platform – the metaverse, where AI-driven applications and products will play an important role.”

The company declined to disclose the cost of RSC, or where it was built. But, with the 760 Nvidia DGX A100 systems costing a reported $200,000 USD each, the new supercomputer could not have been cheap — the Nvidia systems alone would cost more than $150 million.

More information is available over on Meta’s blog post.