Microsoft has won a contract to build mixed reality headsets for the US Army based on its own HoloLens technology. 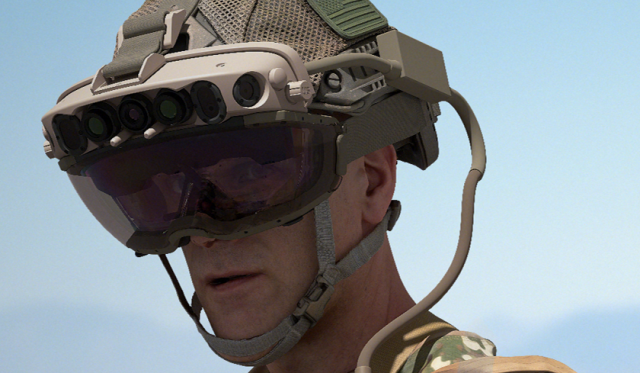 According to a new report from CNBC, the contract, announced by the Army today, could be worth as much as $21.88 billion USD and will see Microsoft supply more than 120,000 headsets over the next 10 years.

Microsoft has reportedly been developing the Integrated Visual Augmented System since 2015. It’s based on the consumer HoloLens VR headset and augmented with Microsoft Azure cloud services. With the HoloLens, users can see holograms that overlay the actual environment they’re in, and they can interact with the virtual world it creates using hand and voice gestures.

“The Army’s partnership with Microsoft redefined the timeline for rapid development and production of a major defense program by taking advantage of the Middle Tier of Acquisition and Other Transaction authorities, and partnering with a non-traditional defense contractor that is an industry leader in developing innovative technology,” the Army announcement notes.

The contract reportedly has a base period of five years, with a second five-year option if the Army wants to renew.

“This is a major win for Microsoft, which never gave up on the HoloLens,” said Constellation Research Inc. analyst Holger Mueller. “Its main competitors, Google and Facebook, ran out of steam and investment a long time ago so the DoD didn’t have too many options where to go. Hopefully this will move the HoloLens and augmented reality tech forward to its next generation, with a larger mixed-reality field of view and better battery life.”