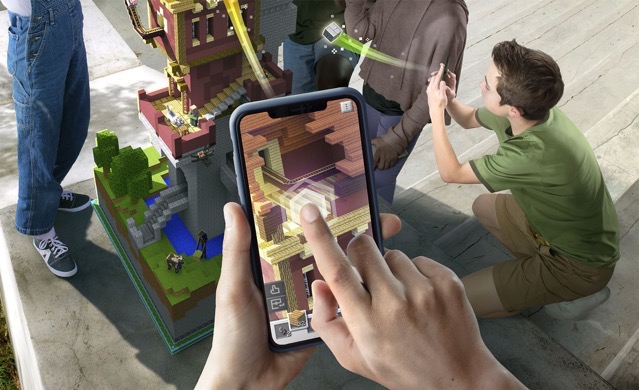 To mark Minecraft’s 10th anniversary, Microsoft has today announced Minecraft Earth, an augmented reality game that takes the Pokémon Go concept a big step further by letting people build all sorts of blocky creations as they walk down streets (via The Verge). The free to play game will be available to download in beta on iOS and Android this summer.

”Minecraft Earth proposes to completely break the dogma that has lived with us in computing since the beginning: this idea of a single person that holds a single device to create a single experience,” says Alex Kipman, Microsoft’s HoloLens and Kinect creator. “With Minecraft Earth, that’s no longer the case. The content is in the real world.”

The game will focus on collaboration and allow multiple players to work together transforming the traditionally single-minded AR gaming experience into a creative multiplayer environment. 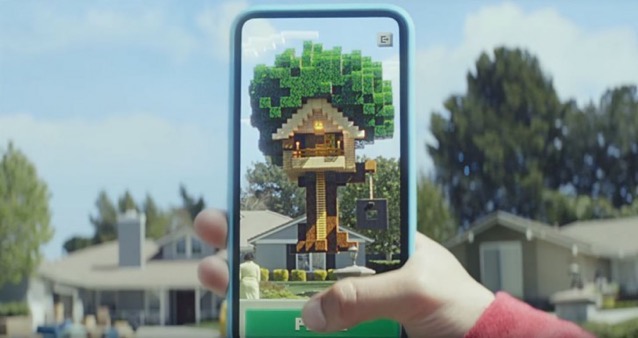 Similar to Pokémon Go, you’ll need to venture out into the real world to collect things. Instead of pokéstops, Minecraft Earth has “tapables” that are randomly placed in the world around you.

Players will be able to build their block-based creations at any time and place with varying scale and then transport them virtually anywhere they see fit in the real world.

“We have covered the entire planet in Minecraft,” said Torfi Olafsson, game director of Minecraft Earth. “This is an adaptation, this is not a direct translation of Minecraft.”

You can sign up for Minecraft Earth beta by heading to this link. In the meantime, check out the trailer below and share your thoughts with us in the comments section.