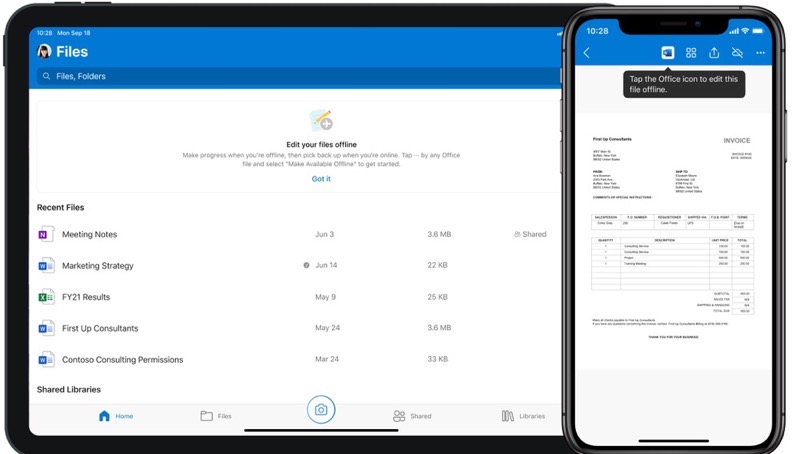 Microsoft has announced on Wednesday it plans to bring a native OneDrive for Mac app to Apple Silicon Macs, later this year.

“We are thrilled to announce that later this year, we will be updating OneDrive for Mac to run natively on M1-powered Macs,” said Microsoft in a blog post. “This means that OneDrive will take full advantage of the performance improvements on M1, making you even more productive on the latest iMac, MacBook Air, 13-inch MacBook Pro, and Mac mini.”

Currently, OneDrive is using Rosetta 2 on M1-powered Macs. Rosetta allows an application made for Intel-based Macs to run seamlessly on M1 Macs, without any user intervention.

Other updates coming to OneDrive:

Microsoft says later in June, iOS and iPadOS users of OneDrive “will be able to edit Office documents that they have marked for offline use in the OneDrive mobile app.”

Users will be able to tap ‘Edit’ in Word or PowerPoint to start editing offline, with support in all Office mobile apps on iOS and iPadOS.

SpaceX has applied for the U.S. Federal Communications Commission (FCC)'s permission to equip 2,016 second-generation Starlink satellites with equipment that will provide T-Mobile customers with cellular connectivity when ground coverage is unavailable (via Tesla North). Back in August, SpaceX and T-Mobile announced a partnership to provide global satellite phone service, powered by second-gen Starlink satellites...
Nehal Malik
4 mins ago