Slack has good reason to fear for its market share: Microsoft Team was unveiled today at an event in New York City by Microsoft CEO Satya Nadella. His announcement came just a few minutes after Slack published a “warning letter” in the New York Times, showing that it is worried about Microsoft’s move (via The Verge). 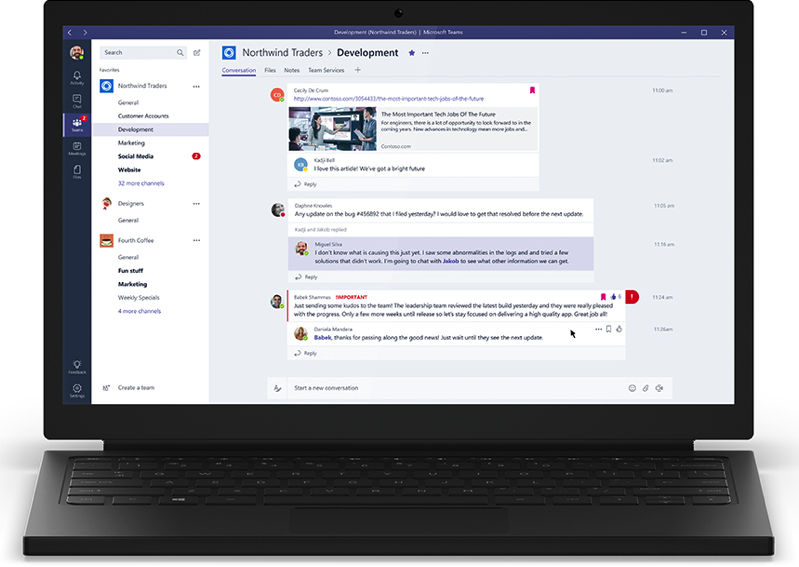 Fact is, Slack has a handful of reasons to worry: Microsoft Teams is software as a service that it is deeply connected with the software giant’s existing Office 365 user base, which currently stands at 85 million.

Microsoft Teams is integrated into Office (Word, Excel, PowerPoint, SharePoint, OneNote, Planner, Power BI and Delve) as well as Skype, which means businesses using Microsoft’s software will have no reason to turn to third-party SaaS products such as Slack.

Like Slack, the new Microsoft service allows users to search across people, files and chats, and comes with Twitter integration, as demonstrated at the event. The Skype integration enables chat-room members to drop in and out of persistent video calls or just gather for a quick chat.

Microsoft Teams can be previewed by Office 365 customers today, but general rollout is scheduled for early 2017.