A couple of months back, Microsoft unveiled its newest Xbox console dubbed the Xbox Series X featuring a design reminiscent of a compact PC tower. Today, the company has added some new details on its website regarding its next-gen console while noting that it will be four times as powerful as the original Xbox One (via Polygon). 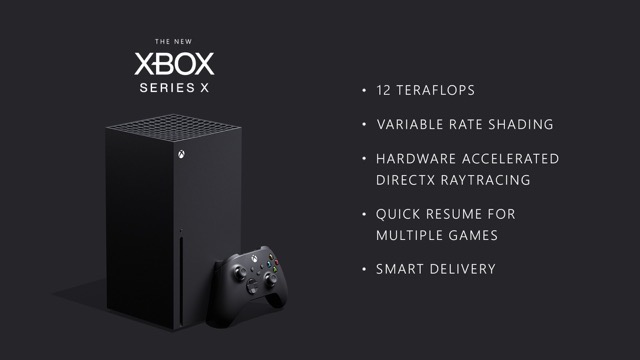 According to the Xbox website, the “next-generation custom processor” on the Xbox Series X will employ AMD’s Zen 2 and RDNA 2 architecture. Head of Xbox Phil Spencer wrote that the processing and graphics power of the Xbox Series X is “a true generational leap” offering higher frame rates of up to 120 fps.

“Delivering four times the processing power of an Xbox One and enabling developers to leverage 12 [teraflops] of GPU (Graphics Processing Unit) performance – twice that of an Xbox One X and more than eight times the original Xbox One,” Spencer said.

“The new Quick Resume feature lets you continue multiple games from a suspended state almost instantly, returning you to where you were and what you were doing, without waiting through long loading screens,” Spencer said.